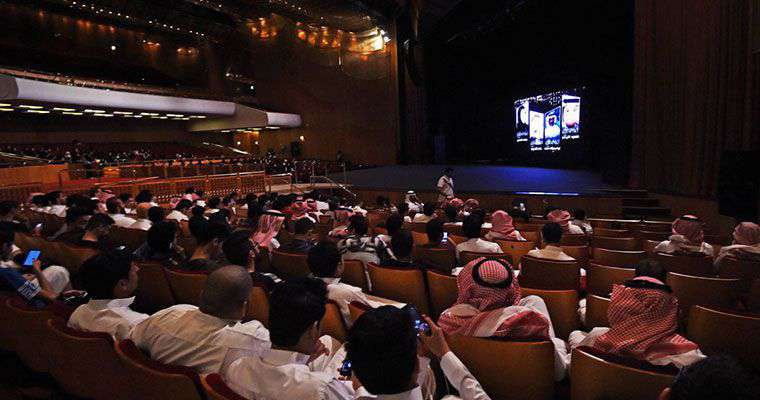 What is Virtual Print Fee?

VPF is a commission paid to Digital Service Providers for providing the content directly through satellite. Digitization has transformed the films used to be exhibited earlier. Now, across theatres films are directly transmitted through satellite with the help of equipment provided by two major DSPs UFO and Qube.

Producers say that VPF is unfair

According to Suresh Babu Daggubati, the Chairman of the Joint Action Committee, in the United States, five main studios jointly made a promise to reduce the VPF to zero gradually across all the cinemas in Hollywood. Now, no VPF is charged for English films releasing in India but strangely DSPs are charging the VPF from regional films. To protest against this the film chambers of Andhra Pradesh, Telangana, Tamil Nadu and Kerala have decided to go on an indefinite strike from 2 March 2018.

Suresh Babu also says that the DSPs are supposed to screen the film trailers mandatorily but instead of that, they are airing commercial advertisements. This is resulting in a spoilt viewing experience for the audiences. He gave examples by saying that, recently Padmavati was screened with 40 minutes of advertisement. He says that there demand to DSPs is to reduce commercial advertisement like these and follow the mandate of showing film trailers. The JAC also demands a concrete guarantee from the DSPs regarding when the VPF will become nil.

DSPs are differing on the issue

The co-founder of Senthil Kumar, on the other hand, says that, in Hollywood, it was easier because five major studios are represented by a single body and they decided mutually. It is much more difficult in India as the situation is more complicated with multiple stakeholders playing their parts. It would have been welcomed by the DSPs if there was a single representative organization but unfortunately, there is not any.  He also explained why it is difficult to give a definite cut-off date for zero VPF. According to Mr. Senthil, they have contractual agreements with 4000 theatres across the country. Additional problem is that the exhibitors also want all the advantages of VPF reduction along with the producers. He mentioned that they have offered some very adjustable concessions and choices to JAC but they demand an overnight and absolute solution which is not possible. Reaching a solution is definitely possible but it can only happen over a period and by involving all the stakeholders. He does not forget to mention that, VPF is not accruing any significant loss on the revenues of a film. It is estimated that south film industry will incur a loss of approximately Rs 25 crore per day for this strike. The amount of loss in two days will be more than that of VPF collected in a single year.

The theatre owners support the strike

The theatre owners who are the worst sufferer of the strike are meanwhile supporting the cause of the strike. According to them, the strike is a step forward towards the right direction. They say that it is the producers who give them the content and because of VPF if they are unable to provide quality content then there will be no films to screen. In the end, it is going to affect the theatre owners and it will not be sustainable. The people who depend on the theatres are also going to lose their livelihood. In a situation like this, Minister for cinematography has intended to bring the two groups together for an agreeable solution and that is the only hope for the moment.

In the midst of all these tensions and strike the youngsters are not much bothered because they know that, they have other alternatives like Netflix or Amazon Prime. However, the middle-aged people do sound troubled. Some of them have promised their wife and children, others thought of enjoying the day with their friends after coming back to the city after a long time. Whatever was the reactions the film crazy city like Hyderabad did not witness usual enthusiasm of a Friday.

Will “Me too” movement catch up in Tollywood (Telugu industry) too

Prabhas and Anushka will never marry