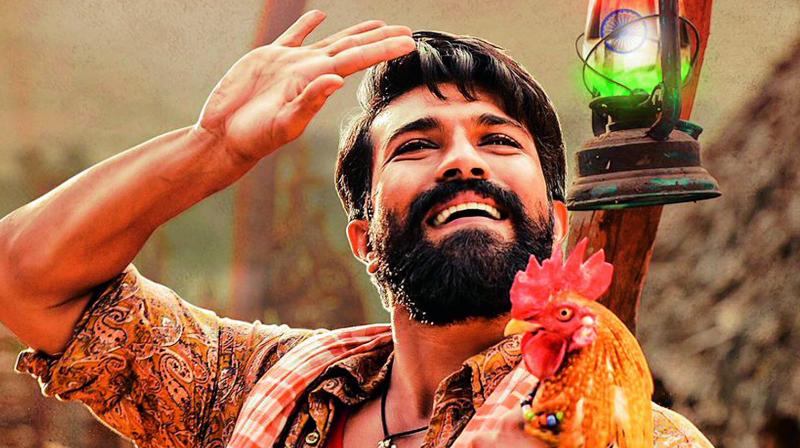 Rangasthalam, a village tale set in the background of 1980s starring Ram Charan. The film is directed by Sukumar and he is overjoyed with the response its trailer has generated since release on March 18. It has already reached a viewership of 8.7 million and increasing every minute. The director is in all praise for the lead actor Ram Charan, who plays the role of Chitti Babu, a simple rustic man with short hearing. According to Sukumar, Chitti Babu is an adorable character and it has been brought in to life on screen by Ram Charan.

Sukumar says that the motivation to direct a film based on a completely rural background sprung up when he had a discussion with a fan from the U.S. The fan actually asked him that, why he is not making any film based on Telegu genesis? He says, he was embarrassed and decided to make the next film on a theme absolutely based on rural Telegu setting. Sukumar’s own root lies in his village of Mattaparu and that must have also inspired him to do this film.

He says that he wanted to capture the pureness and beauty of a village life in the age of digital when life does not always unfold on a face to face basis. He claims that an intensive research had to be taken up to create the realistic charm of the period. It covered every detail of the movie from dialect to dress; from ambience to music.

Bharat Ane Neru, meaning, “I, Bharat..” this is how a pledge start when a political leader assumes the office. This is also the name of the new Telegu film directed by Koratala Siva. The lead role as Bharat is played by Mahesh Babu and the female lead is being played by Kiara Advani (her debut in Telegu film). The film also has casts like Prakash Raj and Sarath Kumar among others.

Mahesh Babu playing the role of a chief minister is expected to mesmerize the audience when the film releases on 20 April (tentative date). Already, the first teaser and the first song had hit the internet and within three hours of its release, the real-time views of the lyrical video crossed one million. The song “ This is me” – the song of Bharat is written by Ramajogayya Sastry and composed by Devi Sri Prasad and it is sung by David Simon. The song is the expression of Bharat’s political vision, the role plays by Mahesh Babu. The song has also got excellent reviews from music lovers and social media is buzzing saying, every politician should take inspiration from this song.

Kaala, starring Rajinikanth is scheduled to release on 27 April, however, it may get delayed due to the continued strike in the south film industry. Directed by Pa. Ranjith Kaala tells the story of the lives of Nellai or Tirunelveli based Tamil people who reside in a large number in Mumbai, especially in Dharavi, the biggest slum in Asia. It is a star-studded film with Tamil superstar Rajinikanth, Nana Patekar and Huma Qureshi.

Going by the films directed by Pa. Ranjith, there is no doubt that this will also speak for the voices of the common and oppressed man with a rich social content. Rajinikanth is playing the role of a gangster fighting for the Tamilian people of Mumbai’s Dharavi slum.

Vakkantham Vamsi is making his debut as a director through Naa Peru Surya-Naa Illu India movie scheduled to be released on May 5th. The movie is written by the director himself and music is done by the famous duo of Vishal-Shekhar.

Charismatic Allu Arjun is playing the lead role of an army officer alongside Sarath Kumar.

After their legendary success of in Shiva, Antham and Govinda Govinda, Ram Gopal Verma and Nagarjuna teamed up for the fourth time in their new movie “Officer”, which is scheduled to hit the theatre on May 25.

In the movie, Nagarjuna plays the role of a strong police officer, an encounter specialist to be precise. Although some say that the film is inspired by the Hollywood action-thriller “Taken” but surely RGV will not agree. The film is produced by Sudheer Chandra and RGV and the first look was released on Tuesday.