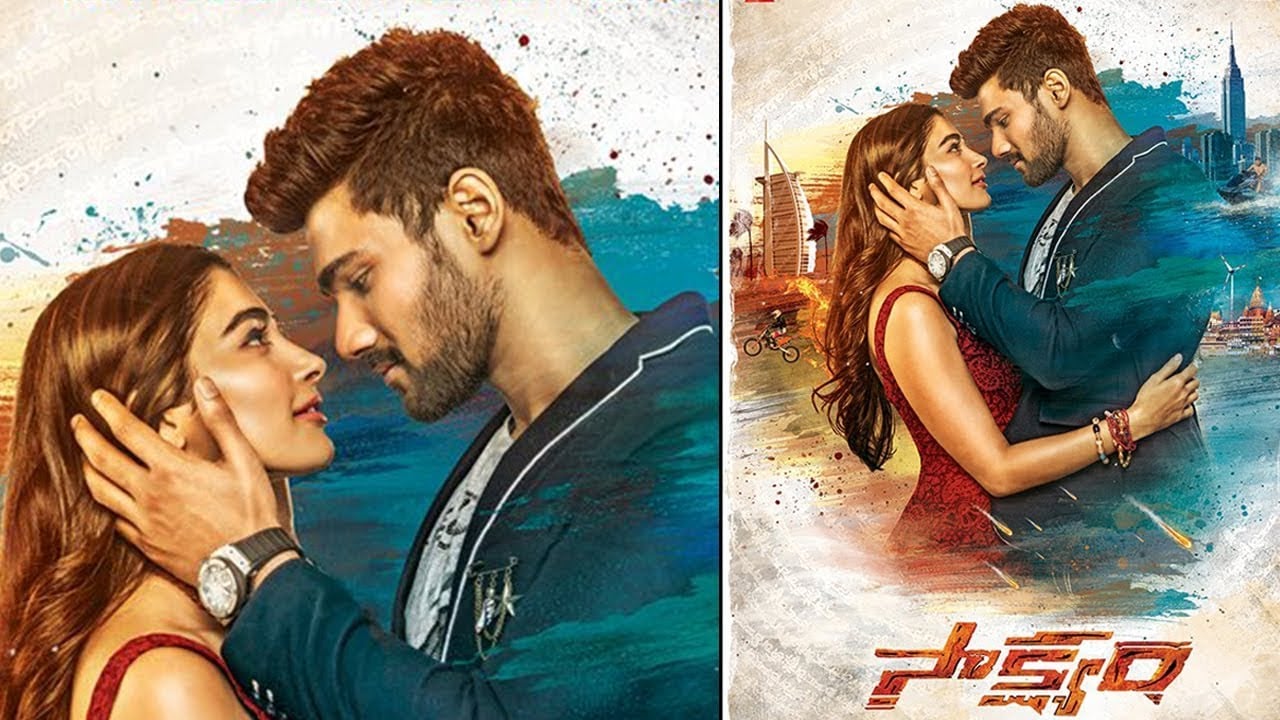 Director, Sriwas is coming up with a new movie titled as SAAKSHYAM. Bellamkonda Sai Sreenivas is casted as a lead actor in the movie. Pooja Hegde is casted opposite to Sreenivas. This movie has already received enough funding to become a grand scale journey. With Sakshyam, a lot of expectations of not only producers but also audience has been attached. Many people are seeing it as mini Baahubali on the grounds of the scale on which this movie is made. This will be one of a kind movie in Tollywood and new box office records can be made with its release. Sreenivas will be seen as a video game director performing some amazing and breathtaking action sequences in the movie deftly choreographed by Peter Heins.

The lead actor, Sreenivas is generally known for doing masala movies but with this project he will definitely try to shed off his general image. He is trying to fit in the boots of a character which he has never done before. The technologically advanced movie is an experimental project for the creators as well as audience. This movie is based on the five elements of nature and story revolves around this very concept. The surprise elements of this movie will range from casting, productions, graphics to never seen action sequences. The lead actor had to give extra time to acquire various skills possessed by the character. It includes fly-boarding, quad bike driving and many other related adventure sports. The actor could not refuse the offer because of quality of script. This truly shows the power of a good script. It compels not only the director to take extra steps to make a movie but also the actors involved to overcome their limits and get to the place where they might not have imagined themselves. The major highlights of the movie are the action sequences which start from the beginning of the movie and keeps on increasing in quality as the movie progresses. There are four villains in a film. Jagapathi Babu, Ashutosh Rana, Ravi Kishan and Madhu Guru Swamy. This will be the first time in the history of Tollywood that a movie will include such heavy weights villains together. The credit to make a story more gripping cannot be taken away from the villain. With 4 villains, this movie has already set the expectations high.

One of the leading controversy related to movie is about the release date. The censor board seems to be looking forward to making some cuts in the movie. On the other end, the film makers cannot afford to lose important parts of the movie. Some of the gripping action sequences could become irrelevant if the story is not supported by elements objected by the censor board. If all ends well, we can expect the movie to be released on 27th July.

Another news that has captured the audience eyes is the whopping amount of money spent on the making of this movie. Some find it hard to believe that this movie may be able to recover this money after the release. All of this will be clear after looking at the response from the audience in the very first week of its release.

Music and CG of Saakshyam:

The buzz created by the trailer of this movie is carried forward by its music. The music of this movie is composed by Harshavardhan Rameshwar. It is received very well by the audience till now and the tunes have already topped the list of weekly and monthly chart busters. Along with the music, another highlight of the movie is its CG team. One will be quite excited about the fact that the team dealing with CG of this team is same as the one from Baahubali. It has set the expectations of audience at the pinnacle. What made Baahubali success so spectacular was its advanced graphics. They met the international standards and the creativity of director made them look much ahead of the times. It will be great to see how Sriwas is going to deal with CG team and meet the standard raised by Baahubali. The comparison will be obvious after the release by the critics as well as audience. Let us see if the magic of CG will be able to make this movie spectacular.

As an audience, in the end we can only wait and all related controversies will be over with the release of this movie. The huge expectation will be tested at the ends of both the critics as well as fans. It will not be fair to compare it with Baahubali but looking at the current trends among media houses and social networks, the comparison is unavoidable. The high budget action packed movie can be the next trend setter for various file industries in India.