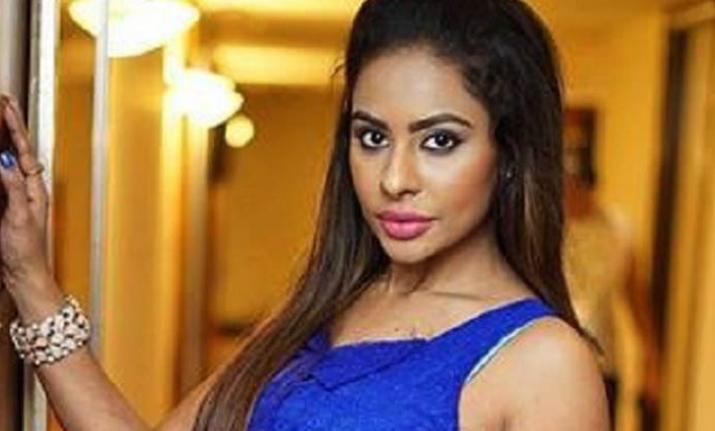 Sri Reddy, the aspiring and striving Tollywood actress has been famously known for her impudent rants towards several eminent personalities in the Telugu movie industry. She has been well known for speaking against the casting couch issues in Tollywood and stripping in front of public and media at the upscale locality of Jubilee Hills in Hyderabad recently to protest against the people being sexually exploited by giving them false assurances of roles in movies. The actress who has been substantially alienated by the Tollywood film industry recently shared a post on her social media account to share a good news for her fans.

She stated in her post that she has been offered a role by the choreographer turned director Raghava Lawrence in his next film in which she will be seen playing a pivotal character. The advance paycheck was also been given to her which she would be donating to the Titli Cyclone victims in Srikakulam in Andhra Pradesh. She said that she was offered the role for the movie after she gave the audition at the residence of Raghava Lawrence who warmly welcomed her at first. After having met and prayed with the kids present at Lawrence guru’s residence, she signed the film at his place.

The actress has been isolated from the Telugu film industry completely after she posted several allegations on various affluent personalities the industry due to which she has recently shifted her residence to Chennai. After being a subject of mockery and derision, she was quite enthusiastic and happy to share this news with her fans and friends on the social media post. Raghava Lawrence has recently wrapped up the shooting of his upcoming movie Kanchana 3. Details and information regarding his next movie are being speculated but has not been announced so far.