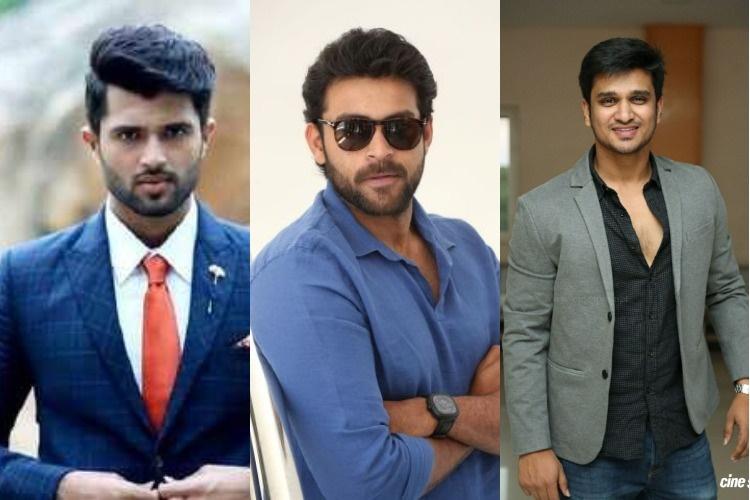 The cyclone titli which hit the Andhra Pradesh state and some nearby areas has caused a damage worth roughly 2400 crores and has adversely affected life of the people. People are working to bring back life to normalcy. In this situation several of the Tollywood personalities have come forward to the help of the people.

The cyclone titli hit Andhra Pradesh on 11 October and has led to the death of 57 people and has affected around 9 lakh people in total. Power supplies in over 4000 villages were affected and around 9000 houses have been damaged in the storm.

Some of the actors and actresses have donated to the Chief Minister’s relief fund and several actors have even gone to the areas for physically helping with the relief works. The hashtags #IStandWithAP and #SaveSrikakulam are trending on twitter too.

Actor Vijay Deverakonda had donated Rs 5 lakh to the CM relief fund and he also urged more people to come forward and to donate to the case by posting a screenshot of the donation.

Director Anil Ravipudi has also been a part of this by donating Rs 1 lakh.

Actor Sampoornesh Babu made a contribution of Rs 50,000 and also urged others to contribute for the same.

Actor Varun Tej also contributed 5 lakhs and spoke of it on his twitter page urging others to do their part.

In a king gesture, actor Manchi Manoj has promised to adopt all the children effected by the cyclone and to provide proper education to them. He also gave words of appreciation to the youths involved with the relief work.

Some personalities were in the field, working side by side with the people.

Actor Navdeep also did the field work by coordinating of the relief work and by assuring that the relief aid reached the needy.

Chandrababu Naidu, the Chief Minister of Andhra Pradesh, has approached the central government to obtain an aid of Rs 1200 crore for the rehabilitation work. The chief minister has also urged the people to come forward and lend their hands in providing the relief work.