Violence is the key of Bhairava Geetha 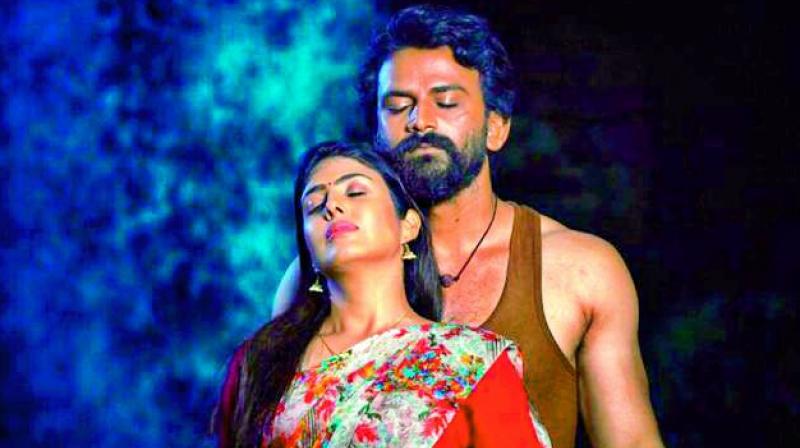 The debut project in direction by Siddharath thatholu – Bhairava Geetha has been the talk of the town in the Telugu and Kannada Industry. The movie has the elements of violence and bloodshed as the main components in the story.

The movie Bhairava Geetha stars Dhananjay and Irra Mor in the lead roles. The movie is endorsed to be a violent love story. The movie is being made in two different languages, i.e. Telugu and Kannada. The movie will be released in these languages on 7 December 2018 and in the next week it will release in Tamil and Malayalam languages. The movie has music by Ravi Shankar. The creative head of the movie Ram Gopal Verma has announced on twitter that the movie was facing some issues with the censor board and thus, the release which was supposed be on 30 November was postponed.

The debutant director of the movie Siddharath Thatholu was interested in learning video editing since childhood, he started out learning the process of editing since he was 15 years old. It had been his childhood dream of directing a movie and this project, “Bhairava Geetha” is the dream come true. Siddharath first started out to do the editing for RGV movies and in the three years he worked on with them, he has improve his skills. The debutant director says that even though the movie is his first attempt, he does not go easy on himself and that he has given the movie all his hard work. The movie shooting has been done in about 80-100 locations. The director believes that he has an eye for natural locations and this worked in his favour during the working on the movie “Bhairava Geetha”. The director says that the bloodshed and the violence in the movie is what interests him. He says that the emotions of love and violence cannot be compared to any other emotions. The director also said that having the crew who spoke Telugu helped him very much as he was able to create a better rapport. He also dismissed the rumours of him being described as a silent worker. He says that the people who might have seen him working during the production of the movie Bhairava Geetha will surely have a different opinion as they might have seen his louder side.

The movie is supposed to be an adult movie due to the component of violence that it has.