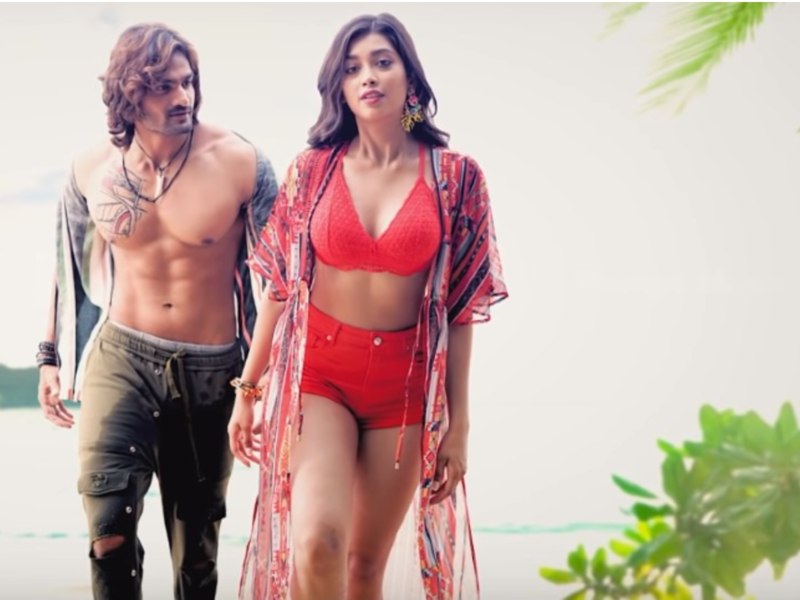 Kartikeya, who is still enjoying the fame from RX 100 is coming up with another movie Hippi. The telugu movie hippi has started doing its round in the media with the posters and trailer. The movie has cleared the censor formalities and has received an ‘A’ certificate. The team behind the movie including Karthikeya are reportedly happy with the certificate and are looking forward to the release of the movie.

Going by the first looks and trailer, it can be concluded that the movie is focused around the theme of live-in relationships. There are rumours that the movie has several bold scenes and also lip locks between the lead pair. Karthikeya plays the role of a boxer in the movie. A series of events lead to things turning emotional in the movie. JD Chakravarthy will be seen acting as a mentor to the lead in the movie.

Karthikeya will be impressing the audience with his chiselled body and Digangana Suryavanshi will be seen in a sensuous avatar.

Karthikeya had announced on twitter about the release of the movie on the 6th of June. He tweeted that 7 days were left for him to come again in the theatres near you. He also wrote that he was super excited for the release. The hashtag #HippiOnJune6th has been doing its rounds on social media.

Karthikeya already has a series of films which he has signed up for. Karthikeya will be part of the movie Nani by Vikram Kumar. He will also be seen in another movie alongside Arjun Jandhyala who will be debuting in the industry. Karthikeya had recently rose to fame after playing the lead role in the movie RX100. He was seen opposite Payal Rajput in the movie which had been directed by Ajay Bhupathi Vegesna. Even though Karthikeya had appeared in a number of movies before RX100 none of them had become as famous as RX100.  The movie RX100 had reportedly made a profit of 2.5 crore in two days and is on of the top blockbusters of recent times.

The movie Hippi is all set to be released on the 6th of June. There are surely a lot of expectations from the movie and Karthikeya, who is still making his way up in the industry. It is to be seen how the movie does at the box office.