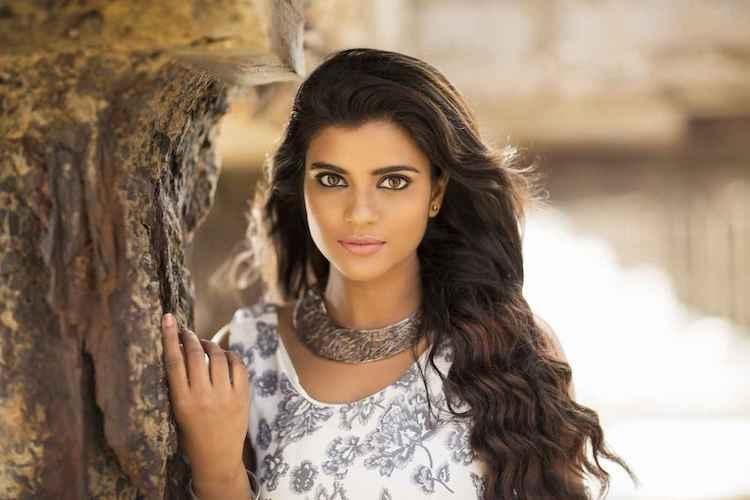 The Tamil actress Aishwarya Rajesh has debuted in the Telugu film industry with the movie Kousalya Krishnamurthy. The movie is being shot in both the languages- Tamil and Telugu.

Kousalya Krishnamurthy is a movie which depicts the story of a young cricketer. The protagonist struggles to obtain a place in the Indian national team, despite being born in a family of farmers in the countryside. The first look poster of the movie was released which showed Aishwarya Rajeev in a different look. The actress was praised by the makers of the movie for her dedication towards the work. The filmmakers said that the actress did a great job in both the emotional scenes and the cricketing scenes. The actress di put in a considerable amount of effort in learning cricket for the movie and also to portray the role perfectly. The movie is directed by Bheemaneni Srinivasa Rao. The movie is being produced by Creative Commercials Movie Makers. The music director Dhibu Ninan will be doing the sound for the movie. Star Rajendra Prased will be seen in the movie.  Other major actors in the movie include Karthik Raju, vennela Kishore , Rangasthalam Mahesh and Jhansi. The movie which had been made in tamil by the title Kanaa. The first look poster and the motion poster of the movie which was released bear a lot of similarities to the Tamil version of the movie.

Aishwarya is seen in the beginning in a village look with a bag and a cricket bag in her hand. She is then portrayed in the Indian Cricket Team’s jersey and the background has a stadium which is full of fans. The tagline of the movie is – “Cricket in the Blood”.

Aishwarya Rajesh has played several roles in movies in Tamil, Malayalam and Hindi. She was borin in Chennai. Her father was an actor in the Telugu industry, having played roles in about 54 movies in Telugu. She was introduced to Bollywood by Arjun Kapoor. Her aunt has worked as a comedian in the industry and has been a part of more than 500 films.