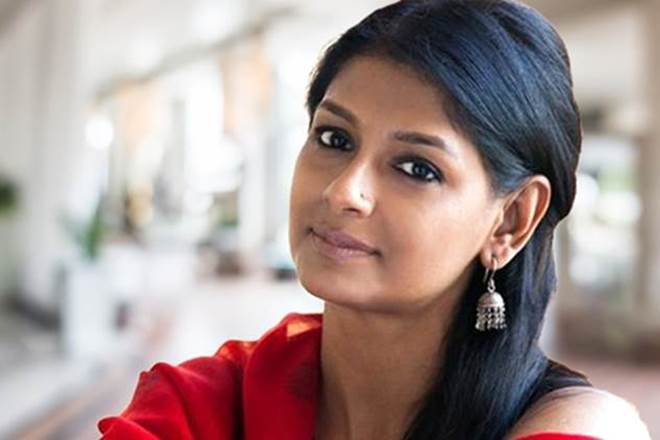 Nandita Das is a famous Indian cinema actor who was last seen in Telugu a decade ago. Nandita Das is going to be seen next in the Rana Daggubati starrer Virataparvam. When the Telugu actress bagged the role she was in cloud nine and at same time express her nervousness on her return to Telugu cinema.

When asked about her Telugu upcoming movie Virataparvam, Nandita was quick to response that her choosing the film was entirely based on the script. Nandita also said she was moved by the script and the director’s vision and thus was compelled to sign up for the movie. Nandita, the Telugu actress was totally unaware that she may be replacing some other actress. The shooting schedule of upcoming Telugu cinema Virataparvam has already started. Nandita is currently doing Hyderabad schedule of acting. She expressed her concerns of mastering the language as she is going to speak the language after ten long years. The Telugu movie Virataparvam has Rana Daggubati and Sai Pallavi essaying the lead protagonist’s roles.

Nnadita Das is super excited to bag this role in such a good movie. She said that during the initial time she was a bit confused about speaking in Telugu language as she had last spoke it a decade ago but once she was at set of movie everything fell into place. Nandita expressed that she felt comfortable and homely around everybody. She was escalated with joy when she the vibe of set being so friendly in nature. Nandita who is now more into direction of movies felt comfortable in the shoes of acting in front of camera with ease. Nandita, Telugu actress felt that she has no baggage of directorial duty and could freely perform her part.

Nandita is essaying a short but a very important character in the Telugu movie. She commented that the crew was extremely professional and she specially mentioned Sai Pallavi as a great actress and an outstanding human being who went out of her way to make her comfortable in the movie. The Telugu movie Virataparvam is set against the ninety’s backdrop with the Maoist tensions prevailing around society.