One Telugu movie release each Friday by Telugu Producers Guild 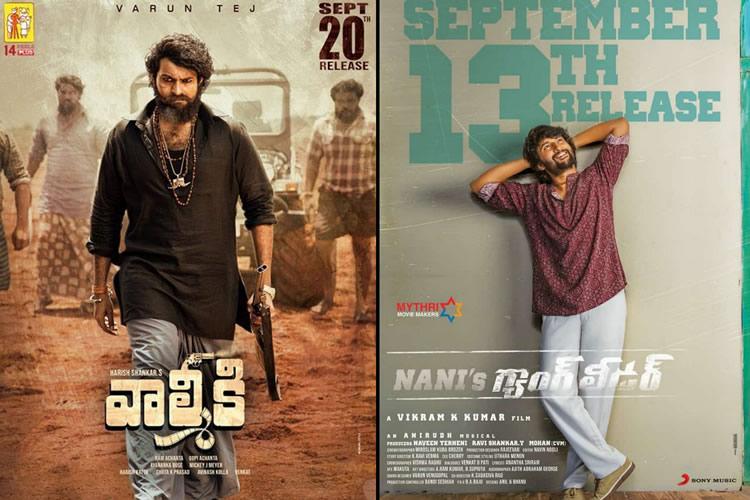 On 23rd of August there were eight small budget Telugu movies released, while only one big budget movie released on that day, Kousalya Krishnamurthy, it was a remake of Tamil film Kanna.  But due to this clash of Telugu cinemas the movie theatres were in a puzzle as to how many screens should be allotted and for whom.

Due to the clash of too many movies on one Friday in the box office the Telugu producers Guild have taken the action of releasing only one Telugu movie on each Friday to avoid any clashes in Telugu box-office.

Telugu movie Valmiki which would be produced by Ram and Gopinath Achanta under 14 reels banner is supposed to release on 12th of September. The Telugu movie Valmiki has a star cast of Pooja hedge, Varun Tej and Laxmi Menon. But due to the magnum opus Telugu cinema Saaho postponing there release from 15th of August to 30th August, Telugu movie Nanni’s Gang leader also got its dates postponed. This was basically because it did not want to be under the threat of such huge budget movie. But then Nanni’s Gang Leader got its date shifted. Nanni’s Gang Leader producers have taken up on the date of 13th September to release their movie.

Two movies Valmiki and Gang Leader would then release on 12th and 13th September leaving it as a huge headache on the box office and movie theaters to make screen distributions. Thus, the initiative by Telugu producers Guild came into play. With the advent of the new rule taking into shape Valmiki will make its way for its release on 20th of September leaving 134th of September to Gang Leader to get its fair share of screens in box office.

The new rule by Telugu producer’s guild will only be exempted when it will be a holiday season. During the phase of Holiday season two or more Telugu films can make their way for releases same day and fight for their presence in Box office else not. Telugu movie fraternity seems to have taken this new rule being imposed in a positive way as at the end of the day it will give fair screens numbers for the movie lovers to enjoy.