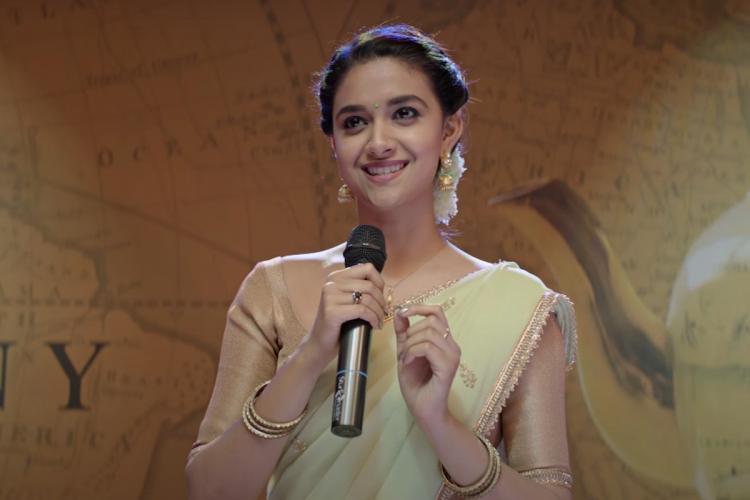 Kirthy Suresh, national award winning actress in the new Netflix trailer, Miss India is in full blast mode. With movies still not making to theatres even after the nod to open. Miss India, Telugu Netflix movie is sure to get huge applause when it release on the OTT platform. Telugu Netflix release Miss India director Y. Narendranath directorial debut is expected to have huge response

In the movie, Miss India, Keerthy Suresh will be seen portraying the role of a woman entrepreneur, who will be fulfilling her grandmother’s aspirations. The character of Keerthy Suresh is seen as a young ambitious girl, who from very young age had higher dreams. The aspirations and dreams came to real life when she went to USA for her higher studies. There she started the idea of having a business of her own and to make a mark. Her idea of business was around tea. She wanted to make it big with tea industry. Slowly she was going to the top of the pinnacle in the tea industry. In the step of moving to the top she was faced with obstacles in her road. The way she will be tackling a facing the coffee honcho is spectacular to watch.

Miss India Netflix movie will release on November 4, in the event of the trailer release, when Keerthy Suresh was asked about her expectations, she expressed that it is the right movie that she is doing at this time. The national award winning actress is expected to come in all guns in the upcoming OTT release.