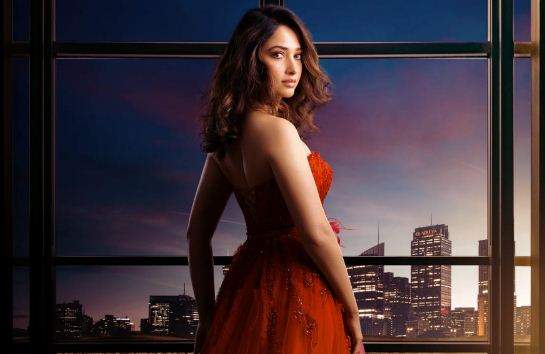 On Monday, the super star Telugu actress Tamannaah Bhatia had announced through her social media handle that will be starring in 11TH hour directed by Praveen Sattaru. 11th hour will be a Telugu movie which will release on OTT platform. 11th hour OTT release will happen on AHA platform.

As we all know the pandemic has made some huge transitions in consuming entertainment. Now a days with movies not releasing on big screens, OTT platforms are the new ways to go. Miss India OTT release was huge success for the Telugu movie industry. People and fans are expecting same level of craze and enthusiasm with Tamannaah’s 11th hour release. Although the OTT platform to air the movie has been declared, the date of release for 11th hour has still not been declared. Although as per sources it can be said the date of release is not too far behind. Tamannaah who is the lead protagonist of 11th hour released the first look of the movie with full cast crew along with Praveen Sattaru in Hyderabad.

When asked about when did Tamannaah actually worked on the script, the Telugu actress of 11th hour detailed that during the lockdown time, the script fell on her laps. The actress also said that after reading the script she liked it and was all geared up to play the character. The 11th hour Telugu movie on OTT is set on boardroom drama theme. The plot is centered around one particular night.

As we all know how covid had made changes to every step of work that we take. The movie shootings does fall in this list too. With the amount of crew and cast a movie used to get done previously, the scenario has changed a lot. When asked the crew members about 11th hour shooting experience they were quick in replying all covid protocols were followed keep distance and hygiene as the first priority.