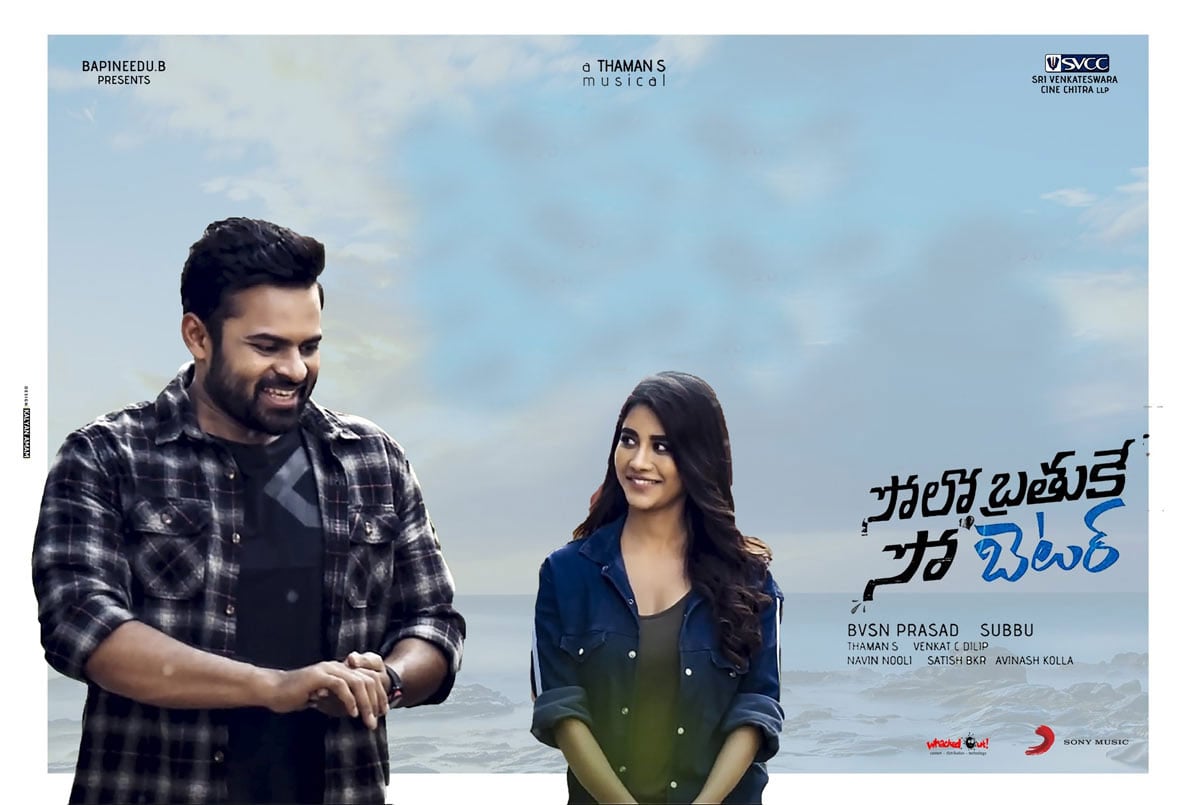 With Covid 19 taking over the movie theatre business almost for the entire 2020, movie releases in theatres was very glim. Bollywood producers have not seen any ray hope to release any movie on the screens. But down south, the Telugu movie producers seemed to have mastered the bravery. Solo Brathuke Telugu movie have managed to break the ice, and stood out to be the first success. Telugu movie Solo Brathuke is termed as the first success of 2020 in box-office India. The movie has managed to get more than 11 crore in only 5 days.

Sai Dharam Tej and Nabha Natesh starrer Solo Brathuke released in theatres on 25th of December 2020. Many cinema critics were quiet wary about whether the Telugu cinema could bear storm of a hugely hyped Hollywood movie- Wonder woman 1984. As per the movie records the first part of Wonder Woman series starring Gal Gadot performed huge at box office, also garnered great appreciation from the critics of the movie fraternity. So nothing was expected this time too. But, to everyone’s shock, Telugu movie which was not thought to do so well did great in Telugu Box office numbers.

The success of Solo Brathuke gave huge boost to the Telugu actors. Many of the notable actors from the lights of Ram Charan and the great Rajamouli took to their social handle to express their joy. Many of the celebrities expressed in happiness, that it clearly shows the cinema will never die in theater. As we all know when the lockdown situation creeped upon, there were debates whether in the age of OTT, theatres will able to survive. But the success of Sai Dharam Tej’s Solo Brathuke have proven, that movie theatre experience is no way decaying and will leave on and survive any pandemic.