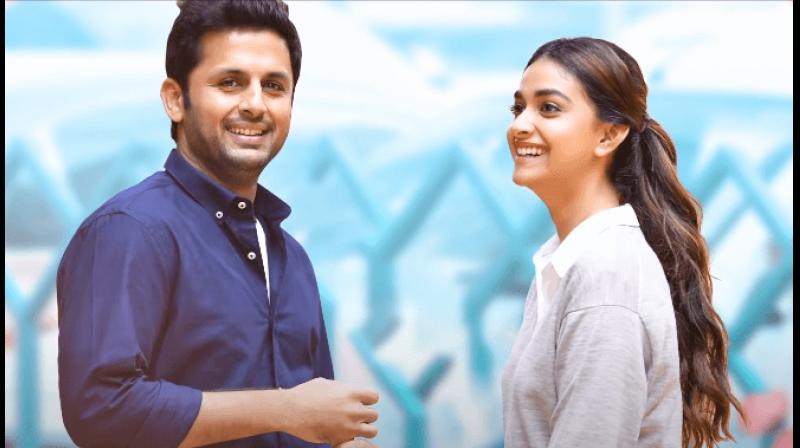 Range De to be aired digitally from June 12th

Following its release in theaters in March, the Tollywood romantic drama “Rang De” is preparing for OTT screening on Zee5. The OTT platform revealed when announcing the news with fans that Rang De will start broadcasting on June 12. “Your long-awaited movie, the magical love story of Jean De will be broadcast on #ZEE5 from June 12th”, Zee5. Announce on Twitter. The film is directed by the famous Tholiprema Venky Atluri, with actors Keerthy Suresh and Nithiin as the main characters. Rang De was released in theaters on March 26 this year, and comments from fans and critics were mixed.

Keerthy Suresh, who worked with directors in Telugu, Tamil and Malayalam, shot several films. He is currently working on the Telugu film Sarakaru Vaari Paata, where he will share the screen with Mahesh Babu. This movie is likely to hit the big screen next year. He is also one of the actors in Rajinikanth’s highly anticipated Kollywood film Annaatthe. This film is considered a country drama and is directed by the famous Siruthai film producer Siva. Keerthy is also looking forward to the premiere of the movie “Arabikadalinte Simham” during the Mohanlal Marakkar period. In view of the coronavirus pandemic, the creators of Malaka recently postponed the theater release of the award-winning film for the fourth time.

Telugu actress Keerthy will also appear in the Tamil film “Saani Kaayidham” with director Selvaraghavan, which will premiere in the company. She is currently working on the Telugu sports drama “Sakhi” (Sakhi), in which she will play the protagonist of Sakhi.

The movie revolves around the lives of Arjun and Anu, who have a painful and sweet romantic relationship. The film was funded by Suryadevara Naga Vamsi under the banner of Sithara Entertainment. Rang De’s music comes from the composer Devi Sri Prasad. In addition to the powerful Keerthy Suresh and Nithiin, Rang De also starred in actors Sai Kumar, Naresh, Kausalya, Rohini, Brahmaji, Vennela Kishore and Vineeth. PC Sreeram is the director of photography, while Naveen Nooli is in charge of the company’s editing.