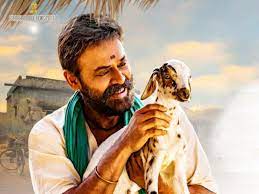 Venkatesh is well-known for his experimenting in films. Most of the roles he does are entertaining or character-oriented. It is always outstanding to see him blending and transforming from a commercial film to a role-based. We have seen his inviolable performances in Guru and Drshyam, besides his delightful screen presence in F2 and Venky mama. Venkatesh Daggubati has always been the first hero to bring fresh content and new trends to the Telugu movie industry. Fans were recently celebrating his work with the Narappa movie released on 14th May 2021. Reviews came out applauding his spell-bounding carry-off with the film’s titular role. Many fans came out saying not a frame left without the essence of his acting skills. Now, rumors are whirring on its OTT Telugu release.

Narappa is a remake of the Tamil movie Asuran, made from a novel Vekkai, written by Poomani. The story is about a family that belonged to an oppressed caste. The problems they faced due to a filthy landlord from an upper caste. How did they deal with it? What Narappa did to protect their family and keep up with the landlord? Well, although the film has released and bagged fabulous reviews, we don’t want to spoil it for the people who have not yet watched it. With the ongoing buzz on the OTT Telugu movie release, we should keep the excitement contained to visualize the fierce. It is the hard work and efficiency that made the film slice through the pandemic despite many difficulties.

The reports have shown that all the actors have given their stellar performances to elevate the plot. Priyamani, who is natural, has delivered the character of Sundaramma with ease and grace. The other versatile actors along with Venkatesh are Prakash Raj, who played a lawyer. Other prominent actors include Murali Sharma, Sampath Raj, Rao Ramesh, Rajeev Kanakala to name a few. Karthik Rathnam who had given a remarkable performance in C/O Kancherapalam, has acted as Munikanna, an elder son of Narappa. The music has escalated the overall plot to a new level with the magician of music, Mani Sharma. Produced by Kalaipuli S Thanu and D. Suresh Babu, the movie has got all the rich elements that made it look raw and organic. Srikanth Addala, the director has made a promising come back with Narappa. The director has previously worked with Venkatesh on ‘Seethama vaakitlo sirimalle chettu’ a blockbuster family entertainer.

Narappa will release on OTT?

As per the reliable reports, the Narappa OTT release is sold for a great amount and schedule to hit the platforms in the coming weeks. The Narappa OTT movie expectations have highly mounted up among the audiences. Reportedly, the Narappa Telugu cinema OTT release is taking place on Amazon Prime Video. With no recent releases, the fans and audiences are all eagerly waiting for the Narappa. Once it hits the Amazon Prime Video, it surely stirs intriguing entertainment.

Finally, the Narappa OTT movie expectations are not only a buzzing rumor but also a reliable report. The Narappa Wikipedia has recently updated their last edit with the OTT distribution suggesting the Amazon Prime. So, in a few weeks, we can see Narappa hitting our home screens through the OTT Telugu release. It is splendid news for fans to re-watch their hero for the second time. And, for those who have not watched it yet, it is a great movie to look forward to. That is all for now, as we are afraid to reveal more of the plot by involving talks. We are eagerly waiting for the OTT release date. Are you waiting too?