The actor turned politician, who finally decided to get off the beard look, has stunned his fans and followers with a very stylish and young look. Earlier last month, we have seen him sporting the trimmed look while he was reviewing the performance of party members in the recently concluded elections.

Pawan, who has been growing his hair and beard much before the elections, has recently changed the look. The chief guest of TANA, Pawan Kalyan, was spotted in a casual T-shirt and jeans at the airport. The uber cool look of Pawan has sent his crazy fans into a tizzy and it's going viral on social media. Pawan's close friend in politics and the key leader of Jana Sena, Nadendla Manohar also accompanied him to the US. 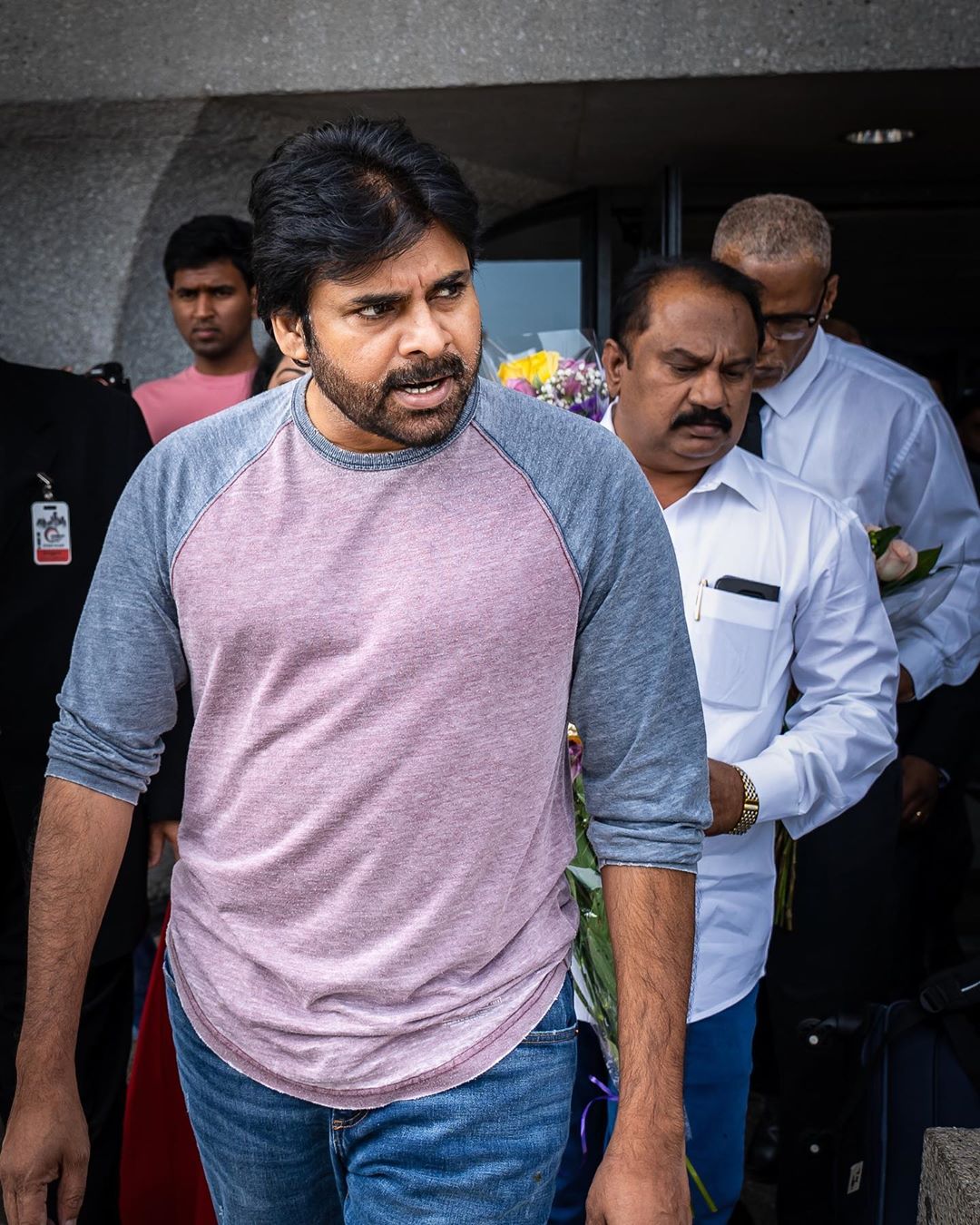 Satish Vemana, President of TANA, and other members of the association have received Pawan Kalyan at the airport. 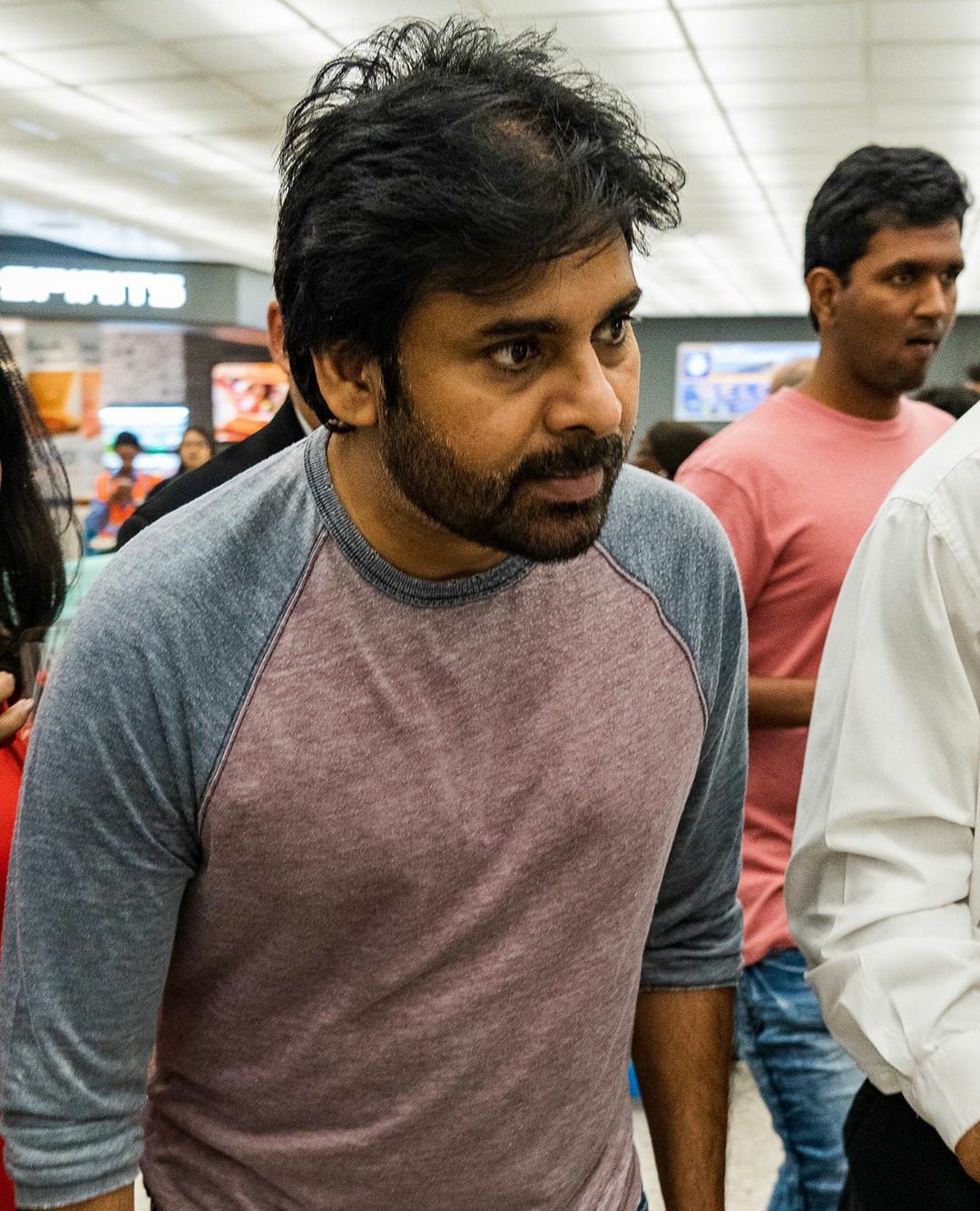