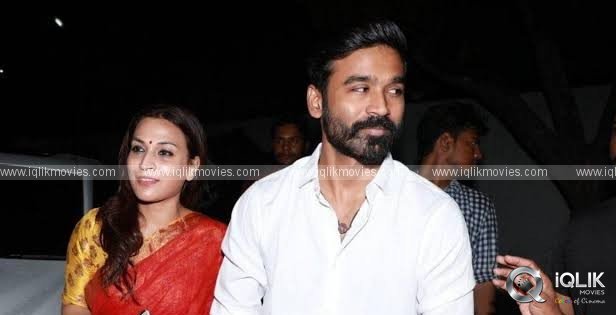 Dhanush is one of the popular actors down South who commands a big fan base. The sensational actor has shocked everyone by announcing divorce with wife Aishwarya Rajinikanth. Dhanush married Superstar Rajinikanth's elder daughter Aishwarya in 2004.

The actor and Aishwarya took to social media to reveal the news.

"18 years of togetherness as friends, couple, as parents and well wishers to each other The journey has been of growth, understanding, adjusting and adapting. Today we stand at a place where our paths separate... Aishwaryaa and I have decided to part ways as a couple and take time to understand us as individuals for the better. Please do Respect our decision and give us the needed privacy to deal with this. Om Namashivaaya!" tweeted Dhanush.

The couple has two sons named Yatra and Linga. Both Dhanush and Aishwarya collaborated on the project '3'.

ALSO READ : Jagapathi Babu is a fan of this star hero's attitude