Glimpses of the Evergreen Hero - ANR

Akkineni Nageswara Rao, the living oxford or Stanford dictionary for the contemporary Indian cinema fraternity is undeniably the pride of Telugu Cinema. In his inimitable career over 70 years, he has seen every possible nook and corner of the life and this is a close-up view of A.N.R, disclosing a few interesting facts of this legendary being.

- Can you believe A.N.R didn't know his birthday until he was apparently 20yrs?
But one fine day, an insurance policy told him his DOB. Now, it is known that his birthday is on 20th September, 1924.But for a long time, records kept telling that it was 21st September (Sunday), unless, his mom Smt. Akkineni Punnamma revealed that he was born on Saturday i.e., on 20th itself.

- Life is the best teacher and ANR is the epitome for this quote.
Hailing from a poor farmer family, he was not entitled to proper education. Later in life, with a humiliation in a meeting in Sri Lanka for his brittle English, ANR grew determinate and mastered the language.
- ANR as a girl
Only to his mother Akkineni Punnamma! Having only sons, she always longed for a baby girl and ANR being the youngest of all his sons, she used to make up ANR, plait his hair and pin flowers as a girl fulfilling her petty wishes. Moreover, ANR did many lady roles in several dramas he played while schooling.

- First encouragement
He found his first encourager in the form of his mom. Though being a peasant family on the upfront, with a mere five acre land for living, she spotted his talent in acting and encouraged him towards theatre.

- Success linked to Marriage
Obviously and ANR is no exception to it. Though Seeta Rama Jananam (1944) was his debut movie, he got a breakthrough only with Balaraju (1948) four years later. Only a year after the grand success of the movie did Kollipara NarayanaRao, the father of his wife Annapurna, who was initially reluctant to get his daughter Annapurna married to a film hero, later agreed to their marriage and they were happily married as Annapurna was stern and persistent over marrying ANR.

- Akkineni a.k.a Devadas
A drunkard with a puppy beside him is none other than ‘Devdas ANR'. Such was the imprint he left on the audience hearts. It was an epic performance as a drunkard and the irony is ANR wasn't an alcoholic by then. He used to neck full meal with extra curd and butter every night before the shoot and the obvious drowsiness after a full meal helped him get under the skin of the character. Ironically after Devadas, it seems he was advocated not to be an alcoholic by many.

- ANR's love for his Guru
ANR shares a special affection with Ghantasala Balaramaiah, the man who introduced Akkineni to this world. So, as a token of love and respect, ANR did a cameo in the Balaramaiah's last movie Rechukka- a scene where Anjali Devi snatches the wallet of ANR in a song "Bootakaale…” and NTR intervenes midway only to make her return his wallet.

- Detective ANR
In his phenomenal career, he never requested anyone for any role except for the comical detective role in Missamma(1955). He was accused of doing the character for money alone. But the fact was after Devadas, he suffered a deluge of drunkard roles and to avoid being typecast, he did this role.


- ANR-NTR link
Premabhishekam was one of ANR's biggest blockbusters. The movie flagged off on his birthday [Sep 20] and it completed 100 days on NTR's birthday [May 28] the next year. The same day, Satyam Sivam, yet another blockbuster in the combination of the duo started, which was in fact the last movie in their combination.


- ANR was hurt!
Usually heroes and heroines hang out together, watch their movies in theatres. But, ANR has encountered a bizarre experience when he went to watch one of his movies in a theatre along with his wife Annapurna. He reached the theatre very late and no one recognized the couple. But, in the interval someone spotted ANR shouting out – "Hey! Watch out! ANR is here…he got some heroine along with him”. If you think there is nothing weird about it, let us tell you ANR felt bad for being perceived as a womanizer. On several occasions, he expressed his heartfelt concern for film personalities being ill stereotyped.

A man who regards any pure heart a deity with an unprecedented career spanning 75 years, over 250 films – he is the one and only ANR! 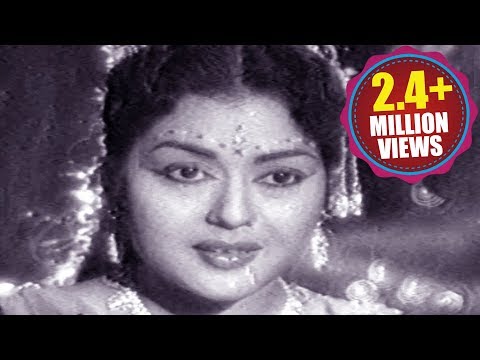