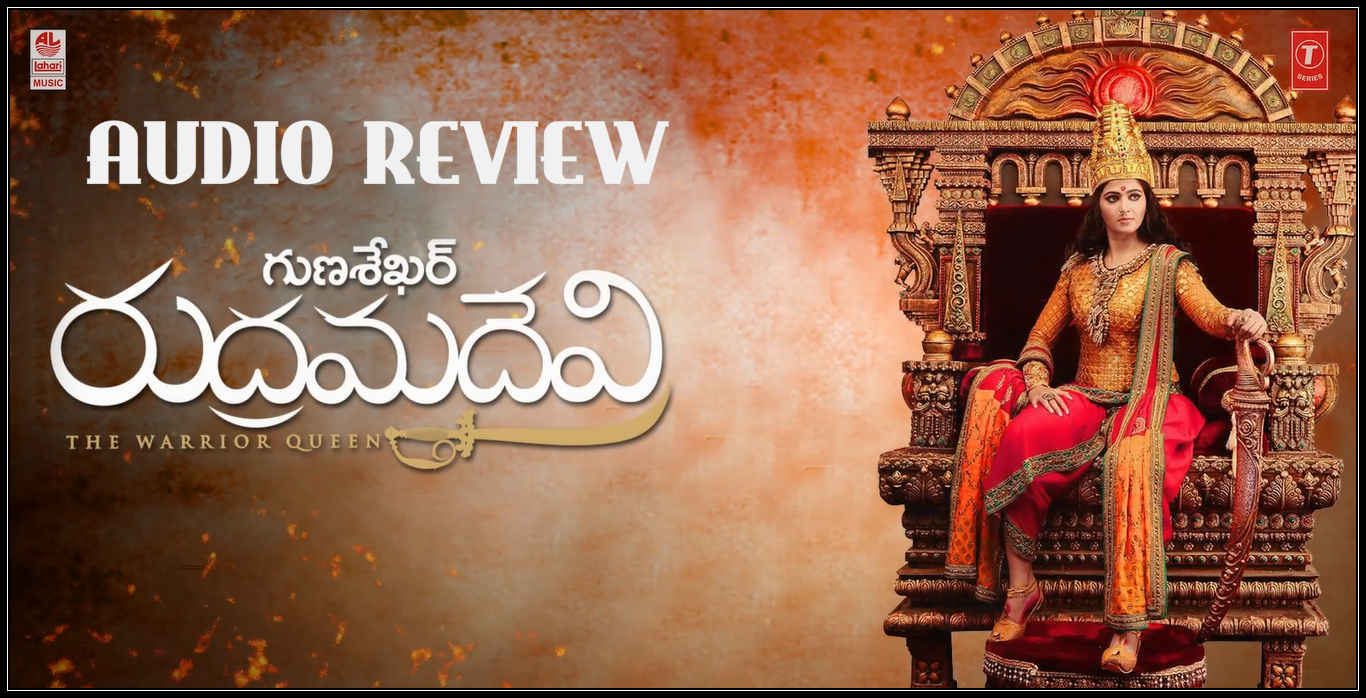 Rudramadevi is one of the biggest releases this summer season and touted to be the next biggest film after Rajamouli’s Baahubali this year. With strong star cast like Anuskha, Rana Daggubati, Allu Arjun and Krishnam Raju, the film is directed by Gunasekhar who has established himself as a director with class. Music for the film is composed by Maestro Ilaiyaraaja and here is an iQlik exclusive audio review of the album:

The grand album begins with Madhagajame Neeku Machikai- a musical journey through the rich heritage of Kakatiya Dynasty and the pride of Telugu language. While it is Kailash Kher’s powerful voice which makes the stunning beginnings, it is SPB and Chitra who take over the composition with their versatility and amazing diction. The orchestration is a breathtaking blend between western classical along with Indian classical melody.

As if to take a detour, it is time for a relaxing duet Auna Neevena with velvety orchestration and relaxing ambience. Hariharan who usually takes the lead with respect to rendition delivers mellowed yet magical vocals and Sadhana Sargam neatly follows with her sweet voice. A very special mention should be made for Sirivennela’s breathtaking lyrics for this master class number.

Maestro Ilaiyaraaja explores his musically funky side with Choosukovoy Teesukovoy, a peculiar composition with Arabic rhythm section and nostalgic horns, trumpets and trombone. Chitra delivers a fantastic rendition with her steady yet amazing vocals making it one of the most fun item songs of the season- without losing the melodious counterpart!

Punnami Poovai takes back the listener to the good old historic days of Kakatiya Dynasty in a musically gripping manner. Shreya Ghoshal delivers her personal best with her flawless voice and charanam offers some real stunning moments with extraordinary chord progression and mastery. The overall composition will sure leave a lasting impact on the listener in ease.

Legendary singer SPB delivers an emotionally engaging number Allakallolamai Desamu Nedu with his usually perfect voice and the composition is set in the Khanda Gathi (5 beat cycle) which is the first hand choice for aggressive numbers. His amazing rendition would undoubtedly remind the listener of Ilaiyaraaja’s yesteryear compositions such as Nenu Saitham- Rudraveena and Jai Chiranjeeva- Jagadeka Veerudu Athiloka Sundari!

Just like every musical journey coming to a memorable end, this masterful album arrives to a finale with Antahpuram lo Andala Chilaka sung by the jewel female singer trio Chitra, Sadhana Sargam and Chinmayee. Ilaiyaraaja makes use of the classic superimposition technique in full length in this track with flawless perfection. The track progresses like a fresh stream of water waiting to join the ocean in its own pace!

Rudramadevi is a phenomenally gripping album from the inquisitive combination of Maestro Ilaiyaraaja and Gunasekhar. Telugu Audience would undoubtedly cherish this musically rich album which speaks of the unsung glory of Kakatiya Dynasty in great style!