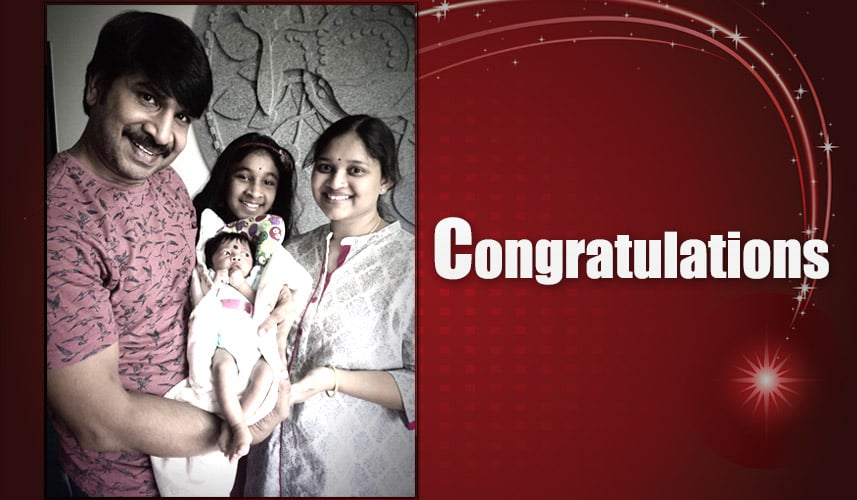 Popular comedian Srinivas Reddy gets blessed with a baby girl. Srinivas Reddy- the proud father took his social media account to announce the arrival of the little angel. A picture of Srinivas Reddy and his family with the new-born is so adorable.
Srinivas Reddy has given to us some of the hilarious movies. This year was an exceptional year for him in both professional and personal front for Srinivas Reddy. Srinivas Reddy's Anando Brahma not only minted money at the box-office but also brought so much appreciation for him.
Not just this, Srinivas Reddy is to appear in an interesting role in Power Star Pawan Kalyan’s Agnyaathavaasi. With many happy things happening, Srinivas Reddy is buoyed and welcomes the little daughter home. A Very Happy 'New' Year indeed. Congratulations to the couple!
Tags: