#SaveNallamala- KTR Assures To Take The Matter To CM 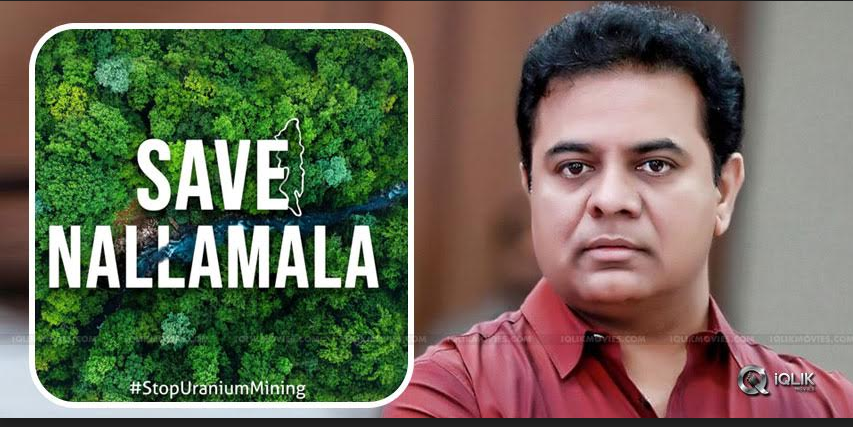 The Uranium mining in Nallamala forest has now become a sensational topic on the internet and many film personalities and politicians took to Twitter with hashtag #SaveNallamalla.


While the issue is going viral on social media, the IT minister and TRS working President KTR on Friday took to his Twitter page and assured that he will pursue the matter with Honorable Chief Minister K Chandrasekhar Rao. The second time IT Minister tweeted: "I hear all of your concern on the issue of uranium mining in Nallamala forest. Assure you all that I shall personally discuss the matter with Hon’ble CM KCR Garu".


Apart from political leaders and opposition, several environmentalists have raised their voice against Uranium mining in Nallamalla forest. Telangana PCC has formed a committee with V Hanmanth Rao presiding it. After VH approached Jana Sena chief Pawan Kalyan, the issue becomes sensational and many film celebs like Vijay Devarakonda, Samantha, Sai Dharam Tej, Anasuya and others have taken their stand in support of Nallamalla.