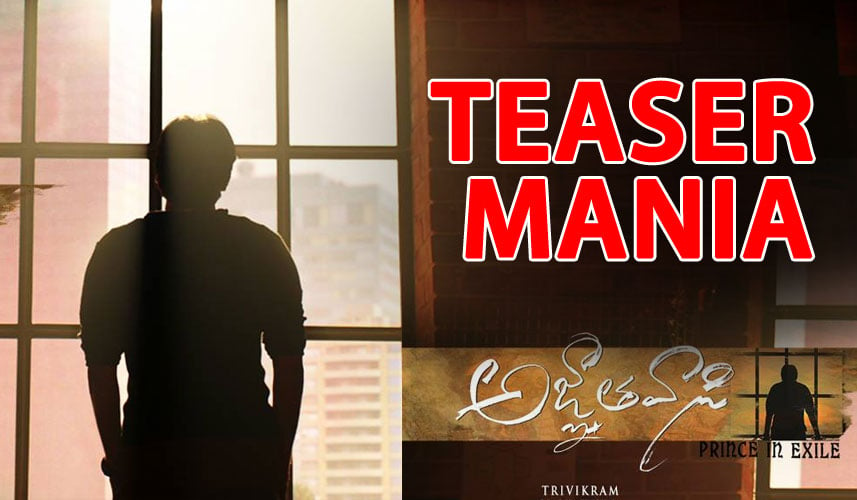 Powerstar Pawan Kalyan’s latest offering Agnyaathavaasi has been hogging the limelight since its announcement as it has been coming in the combo of Pawan & Trivikram.

Well, Agnyaathavaasi Teaser just crossed 6 million views on YouTube and got 400K likes in the span of 22 hours from its release. The main reason behind this massive mania is none other than Pawan Kalyan and his mega following among the audience.

But, we shouldn’t let down the Trivikram’s poetic way of presenting this teaser and this teaser definitely pushes the expectations regarding this movie to an inch further. On the other hand, the mega audio release of Agnyaathavaasi is going to happen on 19th of December and the fans are on their feet to hear the whole album.

On the whole, Pawan’s #AgnyaathavaasiTeaser mania is trending across the social media.
ALSO SEE : Qlik Here For Agnyaathavaasi Teaser
Tags: