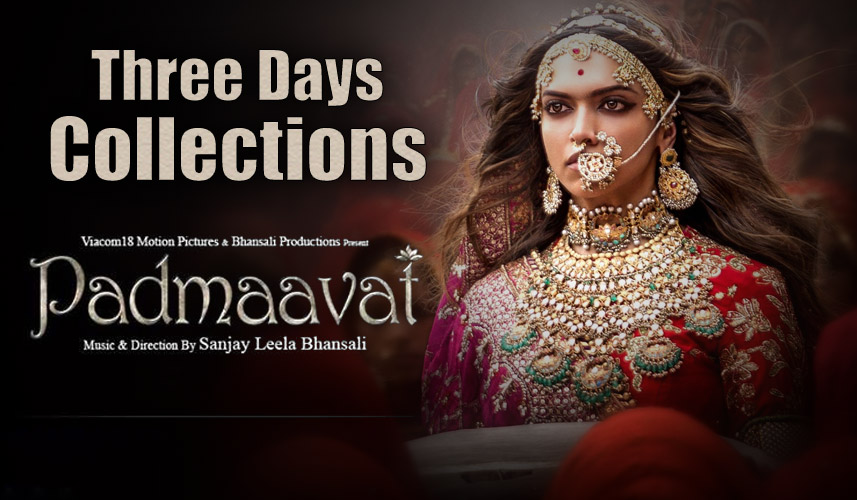 Padmaavat- this film is the sensation of the nation. This film not only seeing the attacks from the fringe groups across the country but also the raging collections from around the world.

Until yesterday, Padmaavat was able to collect Rs 80 Cr at the box office and on the third day, it collected Rs 24 Crores. This brought cheers on the faces of Padmaavat unit and they are hoping it will crack Rs 100 Cr by today.

This film was made with a huge budget and its commercial fate was pushed to the question mark state as its release date got postponed due to the protests from Karni Sena. However, the box office reactions are making the Padmaavat crew happy to some extent and hope this film recovers the budget.