Evvarikee Cheppoddu is the new Telugu film that created a special interest in the theatrical trailer itself. Rakesh Varre who was shot to fame with the movie Josh is playing the lead and also producing the movie. The film stars Gargeyi Yellapragada as the leading lady. The film released today in the theatres. Read on to know the film's review.

Hari (Rakesh Varre) and Harathi (Gargayi Yellapragada) falls in love. Everything goes well between them but Harathi's father who has caste feeling disagrees with their marriage as Hari belongs to a different caste. His obsession with caste differences becomes a huge obstacle between Hari and Harathi. Can Hari and Harathi succeed in convince Harathi's father? What happened to their love story forms the crux of the story.

Despite getting a challenging role, she has portrayed her role in a beautiful way. Vamsi Nakkanti got a meaty role in this movie and has acted naturally and delivered an honest performance in the movie. The other junior artists also acted really well in the movie and made their presence felt.

Director Basava Shankar has prepared an interesting storyline for the movie and succeeded in filling the movie with comedy. The director's narration, entertainment and the way he has embedded entertainment around a sensitive point are really good. His pace of narration is constant and will keep the audience engaged. Rakesh Varre who played the lead role in the movie also bankrolled this project and has given some decent production values for the film.

Sankar Sharma's music will be a plus point for this film. Keeping the songs aside, his BGM is really engaging. Cinematographer Vijay J. Anand has produced some beautiful visuals for the movie and his camera angles are also really nice. Director Shankar himself has edited the film and has delivered a good output.

The entire movie is filled with entertainment and comedy. The first 10 minutes of the movie itself will engage the audience. The entire first half is filled with so many comedy sequences. The film showcases the caste feeling of the heroine's father, how the relationship between lead actors blossomed into love etc. The scenes between the leads will definitely impress the audience. The interval block could have been handled well.

The second half is also equally entertaining and focuses on how the lead pair convinces the heroine's father. Performances, background score, entertainment will be the highlights of the film. Ayyappa Song is also really good and visuals will get extra brownie points. The climax is superb. Overall, 'Evvarikee Cheppoddu' is a good family entertainer and will definitely give a fun-filled ride for the audience. 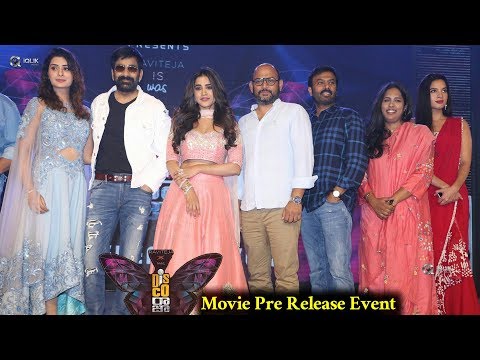