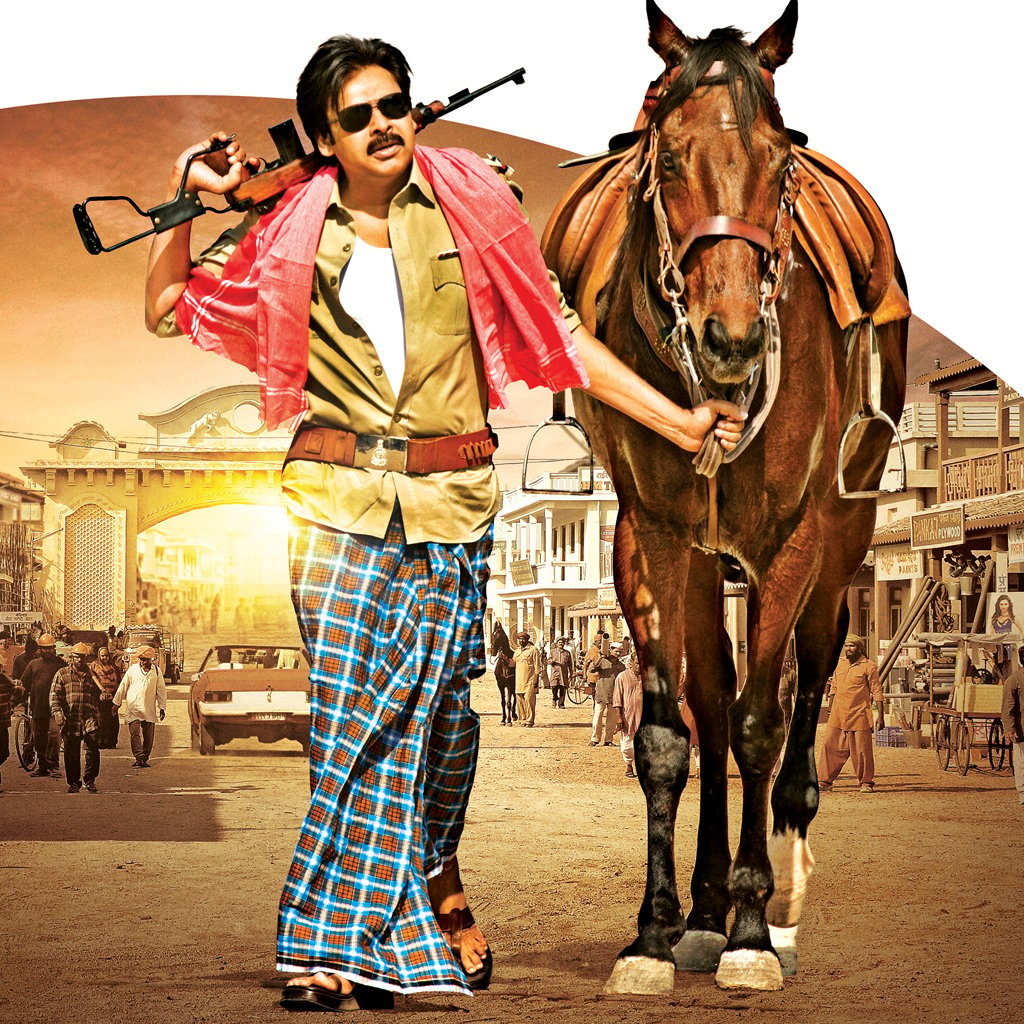 Failing to live up to the name of its predecessor

For the second film of any film franchise, it is extremely difficult to catch up to the level of success and quality of the first installment and Sardaar Gabbar Singh is no exception. Four years ago when the first film of the Gabbar Singh franchise bowled the audience over, it was primarily due to a racy plot, quality entertainment filled with smart humor, and beautiful blend of various elements of mainstream commercial cinema from the Telugu film industry and a power packed performance from Pawan Kalyan whose story and screenplay was a bigger and more successful factor than the action sequences. 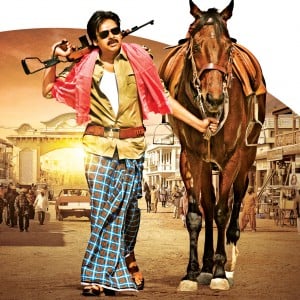 Less substance, more show off
The problem with Sardaar Gabbar Singh is in its inability to resume what ended with Gabbar Singh. The only character who is retained here from the first film is Ali. The comedian also has a lot bigger scope here and often turns out to be a refreshing change. However, veteran comedian Brahmanandam failed to live up to his reputation and his scenes are often cartoonish and seem out of place with the story throughout. The quality of humor has deteriorated like anything since the first film and misses the mark completely. The film is all about Gabbar who is more like a Robin Hood and server of justice who simply has a job of a cop. The film is high on violence and mindless action and Pawan Kalyan takes on scores of goons alone with his fists, nunchucks and double barrel shot gun. The plot of the film is pretty simple. Bairav Singh, played by Sharad Kelkar is the evil prince who invades and takes control of an entire village because he needs it for mining purposes. Sardaar is a cop who is transferred to the nearby town of Rattanpur where law has lost all respect and the whole town, including its uniformed men, is controlled by Bairav. Kajal Aggarwal is a princess from the biggest and wealthiest palace in town and after being saved from a serious, life threatening accident by Sardaar, she falls in love with him at the first sight and vice versa. Now Bairav shares bad blood with Kajal’s family but in spite of that he eyes her and the locks horns with Sardaar. Throughout the second half of the movie Sardaar and Bairav try to take on each other and it’s the same cat and mouse trope all over again.
Expected to make it big at the box office
Luckily for the film, Pawan Kalyan’s performance has been impressive in the film. It is his attitude, his presence that somehow takes the film to a level that it maybe didn’t deserve to be in. Kajal Aggarwal and Mukesh Rishi (who plays her uncle) deliver decent, mention worthy performances as well. Many great actors are simply wasted in the film like Tisca Chopra and Tanikella Bharani. So is Brahmanandam. But regardless of flaws, Sardar Gabbar Singh will make huge profits not only in India but in many places overseas as well. Audiences in India do not want to watch art. They just need stress busters.