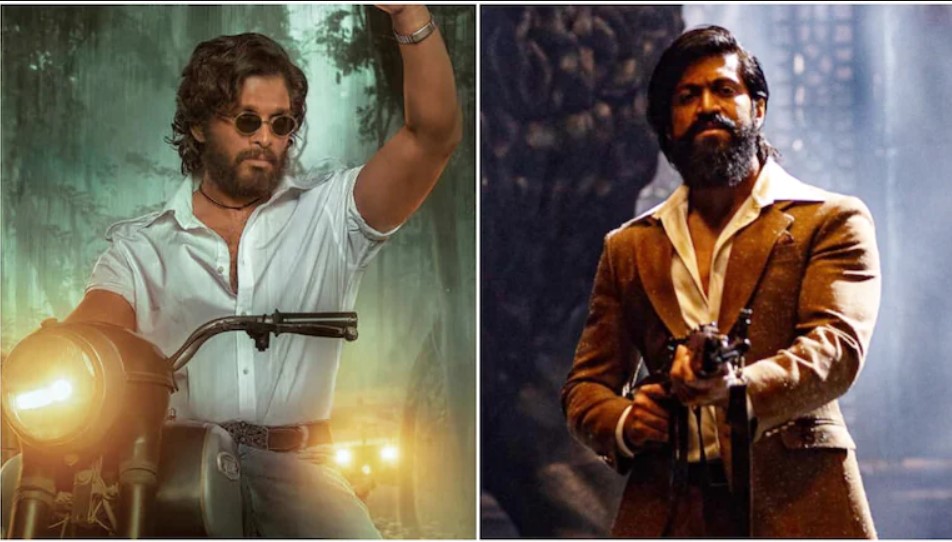 Nowadays, South Indian movies are found to be more creative in their cinema ecosystem with interesting subjects and new ideas. Does it make Bollywood feel insecure and take them over Indian cinema? Check out more details about the current popularity of South Indian movies in the entire Indian film industry right below.

South Indian Movies are Showing an Edge Over Bollywood

With a smooth transition to the north of India, South Indian movies are showing a rise in terms of their talents and creativity. When it comes to Southern movies, the Telugu movie industry is the one that has come up with a bang and fixed its presence at the national level after the pandemic as compared to other divisions. In fact, this industry has used a bullish trend which would be a successful feat in the future. The movies like Bahubali, Bahubali 2, Saaho, Pushpa, and RRR implemented this feat to hit the Indian cinema industry.

Next, the Karnataka movie industry has also tasted the trend with KGF1 and 2 to some extent. Also, the Tamil cinema industry has strived hard to make this transition with 2.0. It simply shows that every production house, director, and actor in South Indian movie industry is trying to cross the rubicon in the last couple of years and boost their audience level domestically. As a matter of fact, there is an opportunity of grabbing Rs. 1,000 crore box office market for every regional movie and the southern movies are making a lot of efforts to grab this number.

Most southern movies are attempting to make a huge transition as the Telugu movies benefit and cost ratio is fully in their favor. With respect to marketing and distribution, their cost is more minute than their rewards as they can completely reap from their films to spike the digital and satellite rights for their movies. Here is where the difference lies between Bollywood and South Indian movies. The Bollywood industry has also done well with movies like Dangal with a collection of approximately Rs. 375 crores but they still have to rise with options to increase their box office numbers in the southern industry.

To reach the level of the South Indian movie industry, Bollywood would have to take more efforts to yield a loyal audience for their films. It is to be noted that the box office collections also have a hold on ancillary rights like digital and satellite that can be achieved by the southern movie industry easily if the performance of the Bollywood box office starts to go down. As the competition of release window is going to be very toughest in the future, the South is getting ready to take the Indian movie industry forward with a very strong head start.

Will the South Indian Movies Continue to Do Better than Bollywood Movies?

Undoubtedly, South Indian movies have shaped the art of creating pan-India movies that pull both foreign viewers and huge domestic audiences. Moreover, their good outcomes are showing their presence in the Indian movie industry with respect to money earned. The Bollywood actor ‘Salman Khan’ has put a stamp on the fact that the heroism of the actors in South movies is attracting large audiences to theatres that are not found in Bollywood movies today.

Furthermore, it has been reported that Telugu movies were doing better till February this year at the box office as compared to any regional movie. South Indian movies had come up with better content clicking with audiences to do better than Bollywood movies in 2022. This all gave hype to more big-ticket regional movie releases in multiple languages in the Indian cinema industry. And it will continue to appeal to audiences in the future to hold on to its increased share at the Indian box office.