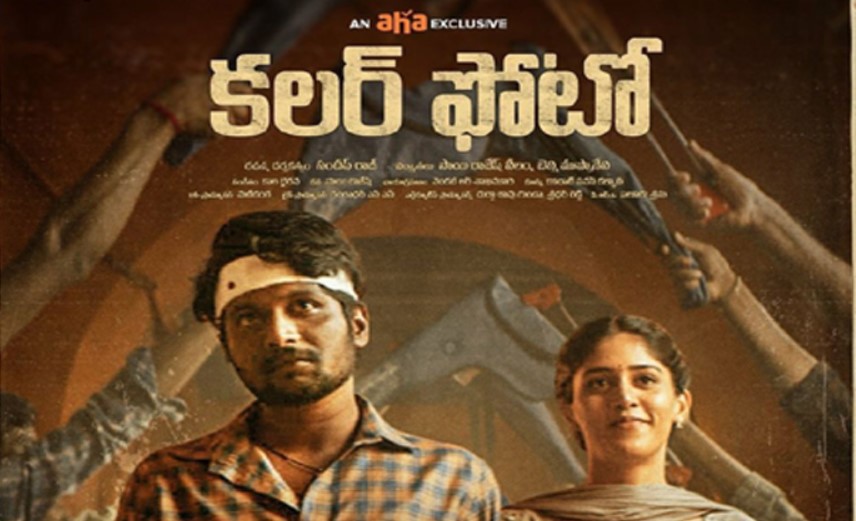 The recently announced 68th National Film Awards saw many artists being awarded for their talent and the quality of work they have done. The original film on the OTT platform “Colour-Photo” was awarded the Best Feature Film in the Telugu Language. The movie was directed by Sandeep Raj and was written by Sai Rajesh. The film has been produced by Sai Rajesh and Benny Muppaneni. The movie is a poignant love tale set in the 1990’s between two college students who endure colour-based prejudice and gender biases.

Prominent Telugu YouTube content creators, through this movie have made a transition to mainstream cinema. Suhas and Chandini Chowdary play the lead, and they are joined by the famous actor Sunil, Viva Harsha, Divya Drishti, and Srividya Palaparthi.

The movie took the Telugu film industry by storm upon release on the OTT platform “aha” in late 2020. The movie has an evocative screenplay, effective direction, and an amazing soundtrack. The National award-winning film was launched in the first year of aha’s existence, and the platform went all out with an extensive marketing and promotion strategy to make sure the movie reached out to Tier 2 and Tier 3 towns around the state. This campaign turned out to be the focus of debate for months within the industry.

Mr. Allu Aravind, Promoter, aha on receiving the National Award in a delighted manner, mentions that they are euphoric to have gotten the prestigious award and extended his gratitude to the entire movie crew for creating such an excellent film. They are proud of building ties with the content creators of the region and are happy that such works of art are being recognised. The promoter intends to extend the reach of the platform to the local audience in terms of stories and a narrative that is relevant to them and hopes it strikes a chord with them. They plan on encouraging more such talent in the coming years.

To his credit, Sandeep Raj, the director of the movie, already directed and performed in short films and is well known in the short films circle before creating Colour Photo. It was the ingenuity of his crew and him that worked on a low-budget movie, which turned out to be the film Colour Photo as we now know it. An important reason the movie had a better reach was due to the fact that the performers that featured in the movie are famous YouTubers who have appeared in numerous short films.

The producers of the movie Sai Rajesh Neelam and Benny Muppaneni, expressed their joy about the award mentioning that they are ecstatic about receiving the National Award. They added by saying that they realised that the honour came with a lot of responsibility and that they will work more carefully in future as well to create such fantastic movies. The award is a sign that high quality content will always be recognised. They expressed their gratitude to the OTT platform “aha” for giving them an opportunity to showcase their work.