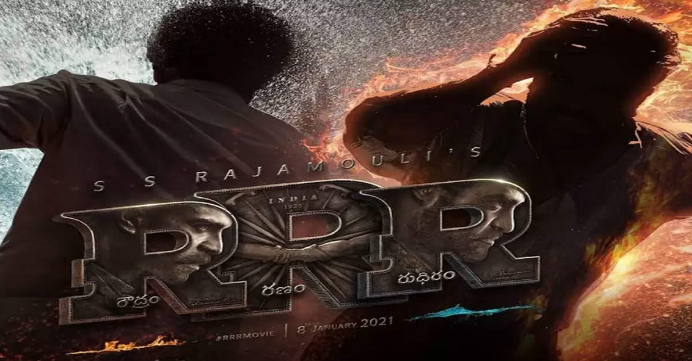 RRR Telugu movie 2022 directed by SS Rajamouli creates a staggering box office number on its opening day and on the 2nd day. The box office collections of RRR by Rajamouli seems to be on magical run. According to many cinema pandits post covid Ram Charan – Jnr NTR duo RRR will reach new records in the upcoming days.

The hype and expectations around RRR movie release:

The Telugu cinema RRR released on 25th of March in 10 languages across many countries and all over India. RRR by SS Rajamouli was previously slated to hit the theatres in January 2022. But, due to the omicron variant of corona started spreading wildly the magnum opus movie was delayed. But the much-awaited Telugu movie by maestro director SS Rajamouli, never decreased in hype and expectations from its movie lovers. It seemed like much deserved wait to watch good movie at the cinema theatres.

RRR Telugu movie casts had two of Bollywood’s big names, Alia Bhatt and Ajay Devgan. The top Bollywood heroine who recently marked her name as Bollywood ruling queen with Gangubai Khatiwada, Alia Bhatt embarked on RRR movie as her debut in Telugu movie industry. Though she has a small part but her character had a very deep shade in the important climax of the movie. Ajay Devgan, the intense actor who has given several hits in Bollywood over the years played a very strong character in the RRR. Both Alia Bhatt and Ajay Devgan had important characters that shaped Ram Charan’s “Ram” in RRR a very notable and iconic to be remembered for a long time.

The success behind RRR is also because of commendable action scenes that are very visually appealing. For many, it is one of its kind action visuals shown in the movie. The RRR cinema cinematography and direction is a masterpiece to recon with. The way SS Rajamouli has created the scenes speaks volumes of his in-depth knowledge behind the camera and understanding the craft. On its very opening day and 2nd day the movie is already breaking Rajamouli’s Bahubaali 2 records by huge margins. Some of the key highlighting scenes which audience have felt made deep impact are the camaraderie between Jnr. NTR AND Ram Charan and the ending fight sequence.

RRR movie 2022 Telegu run time is 3hrs 10 mins. Though it may seem to be lengthy, but while watching the magnum opus RRR it never feels like its being stretched. The movie is getting rave reviews from all parts of India and abroad. Rajamaouli whose previous directorial work was the Bahubaali series, has definitely proved that why he is considered among the greats of Indian cinema. The “nacho nacho “song has already created huge trends in reels and in views in social platforms. The other songs too are very good and will be chartbusters in the upcoming days.

RRR movie will set new records in first week box office collections. Rajamouli being the legend in direction had to create RRR to break his previous records and moving towards that. Check this space to know RRR movie latest review .