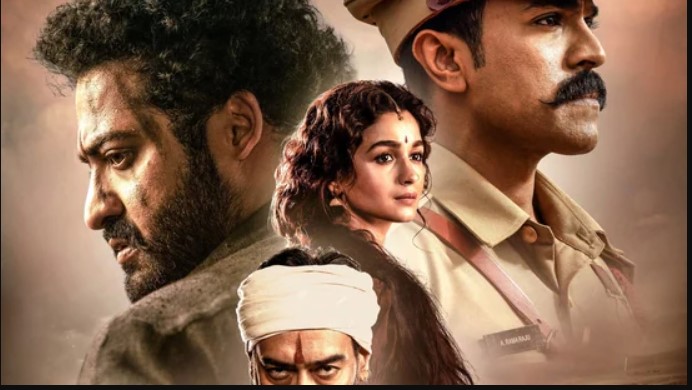 RRR is one film which is hitting the high notes on a global scale much before the film gets released. To talk about the business expectations, it is evidently discharging phenomenal buzz around the globe.  To be very specific, a movie which has been made on such a grand scale, is all set to orchestrate a benchmark of excellence.

RRR Ram Charan upcoming movie is one hell of a movie which is breaking precedents on many grounds. For example, you can mull over the very basic theory or notion of pre release ceremonies. So far, such ceremonies were only restricted to the Telugu industry and Telugu audience. However, RRR team chose to come out of the regular routine and bring the enigma of this ambitious movie to Mumbai. The venue slated for this event is the Gurukul Ground. It happens to be adjacent to the famed Mumbai Film City. The chosen venue is now resounding with the uproars praising both the lead actors of the movie, Jr. NTR and Ram Charan. According to the grapevine sources, none other than Salman Khan, the Bhaijan of Bollywood, will be there to grace the occasion with his grand presence.

Makers of the movie are planning to air or telecast the proceedings of the entire event on an outstanding TV channel. They are supposed to make an announcement regarding this after they select as well as finalize the TV channel. It will be a very crucial part related to the movie promotions which have been chalked up so far to promote RRR pre- release expectations  on a grand scale. The event is, thus, thought to be one of the greatest events which this city has ever seen. It is to note that the makers of the movie are also trying to schedule a pre release ceremony at the Times Square of US. When it happens, it is definitely going to be a next level promotional stunt for the movie.

Experts in the business of movie making presume that the anticipated pre release profit of the movie will be more than 600 crores, to be sanguine. Crucial channels such as satellite rights, digital rights as well as theatrical rights ( in divergent vernacular) will consummate into such a huge profit ratio. The RRR team has been unanimously working to make all these channels work for the ultimate purpose of promoting the movie on a grand scale. Team RRR will make sure to carry out the promotional events on a pan India level. However, the team is planning to give specific attention to Mumbai because the city has a potential fan base for Telugu movies. Apart from extending promotions of the movie in Mumbai, the team will be there on the Kapil Sharma show. Experts believe that the movie promotions for RRR will have significant mileage once the cast visits the set of The Kapil Sharma show. It is needless to say that The Kapil Sharma show is undoubtedly one of the biggest platforms in the country if a movie maker is planning to promote his or her film.

The pre-release of this highly prestigious project is gearing up a great hype. The lead actors , Ram Charan as well as JR. NTR are quite busy in helming the power packed promotional activities for the upcoming movie. Judging the film by its standards, you can pin high hopes on this great movie of epic proportions. The pre release ceremony will be something of a moment that you can cherish in your memories for an eternity.