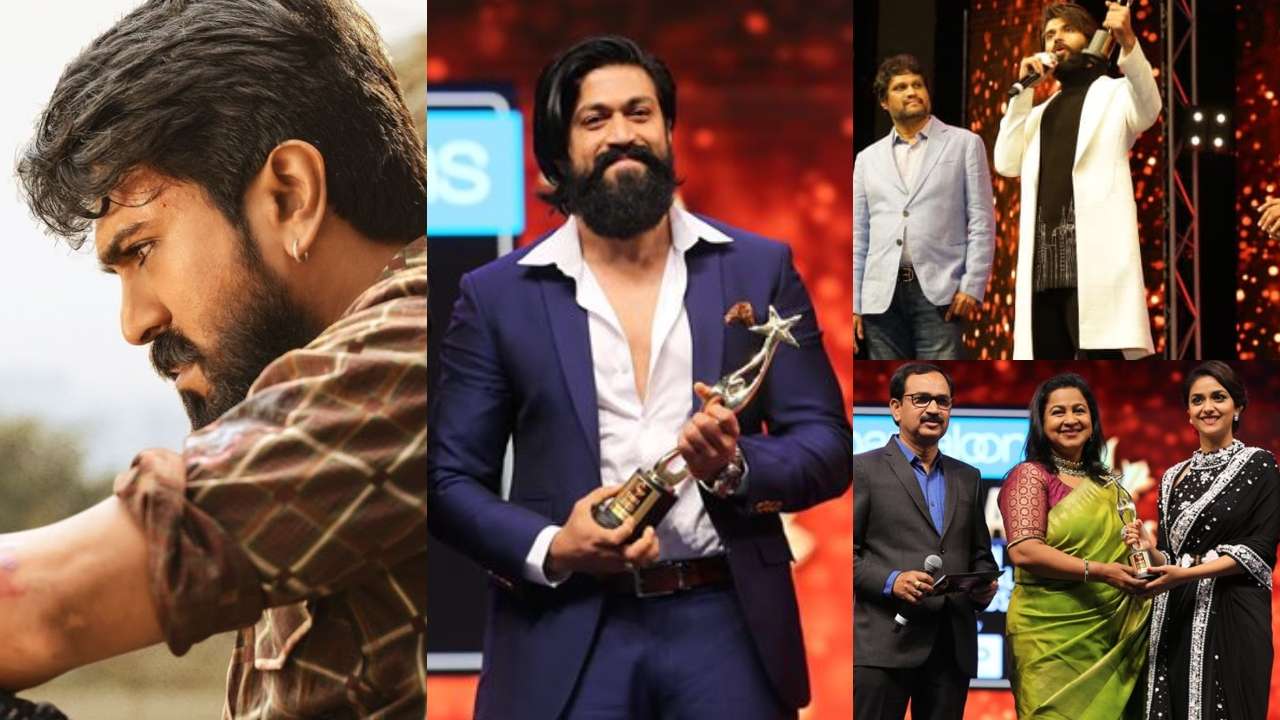 The South Indian International Movie awards hosted their eighth edition In Doha Qatar. The SIIMA awards is basically an award show where awards are given to artists and technicians who have outshined everybody in their field of work. The SIIMA awards for South Indian movies is a two days mega event where the first day is for awardees of Telugu and Tamil cinema.

SIIMA awards for Telugu cinema every year is one of the most anticipated events for the Telugu movie lovers, this year too, it was nothing different. The SIIMA award nominations for Telugu cinema announced a month back, once it was disclosed people were going all gaga over the nomination list for some of big names making their way into the top category nominations. Some of the big movies that have bagged top positions in SIIMA Telugu awards nomination were Mahanati, Rangasthalam, Aravinda Sametha, and Bharat Ane Nenu. Audiences of the Telugu cinema lovers were requested to vote for their favorites’ once the nomination list was rolled out.

So let us look out some of the winners:

SIIMA for best debut female actress: Priya Rajput is now a very common in every Telugu movie lover’s houses. This young actress has created quite a stir with acting performances in her debut movie RX 100. Priya Rajput was appreciated by Telugu movie critics and Telugu cinema lovers. This love did not fade away, and she was touted with the best debut female actress in Telugu cinema.

SIIMA best supporting actress For Telugu cinema: Anasuya Bhardwaj for Rangathalam bagged this award. She received accolades during the time of movie by every movie lovers. But it seems people have remembered her performance which made her won all the way in winning the prestigious award in her kitty for great performance.

SIIMA Telugu movie Best comedian: Telugu actor, Sathya was undoubted choice for the comedian category. It has a special and rare talent of making any situation into a laughter riot. Sathya won the best comedian for the Telugu film ‘chalo’.

Best Director Telugu cinema: Sukumar is a master in keeping the audiences to their toes and giving a gripping story to enjoy and experience. This year too was nothing different his outstanding directional work for the Telugu movie’ Rangathalam’ made him winner of the best director for 2019 in SIIMA awards.

SIIMA Best actor critics’ choice:  Vijay Deverakonda was the choice for this film. The Telugu actor had a great 2018 by providing two big hit. He won the award for best critics’ choice for his phenomenal performance in the Telugu movie, Geetha Govindam.

SIIMA best actress for Telugu cinema: This was one of the most anticipated award category among movie lovers, and the award was given to Keerti Suresh for her legendary performance of Savitri in ‘mahanati’. Keerti Suresh was beauty and a charmer in essaying the role. She recently received National award for the same character too.

SIIMA best Telugu Actor: Ram Charan with his phenomenal performance as Chiti Babu in Telugu movie ‘Rangathalam’ made everyone choose hiem as definite choice for the best actor category.

With these awards it was wrap for the first night of SIIMA awards nights with great pomp and show.