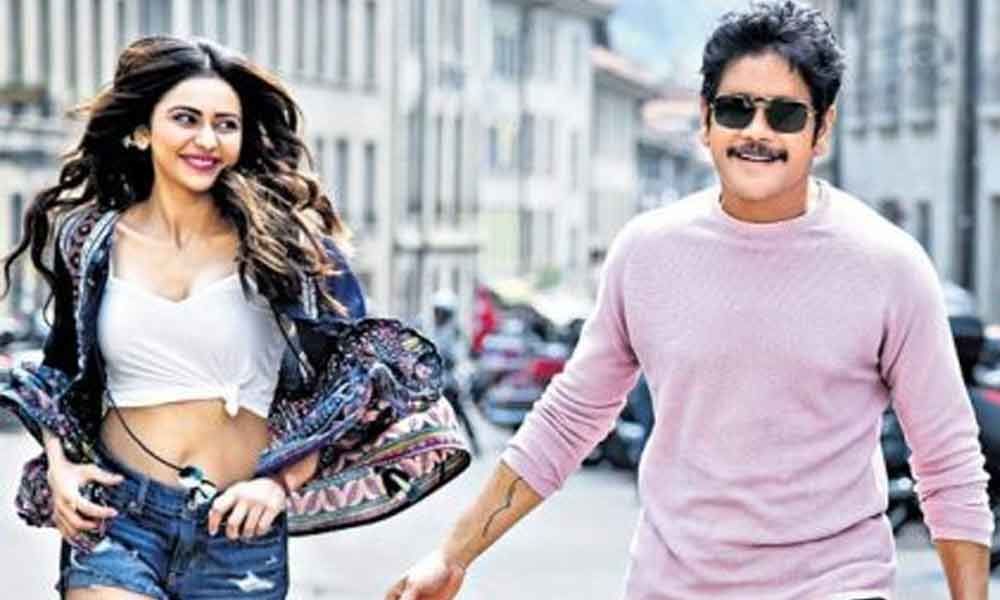 The Manmadhudu 2 Telugu movie review and ratings were not that immaculate. People expected a lot from the script. But just like his last movie Rahul Ravindran failed to provide a fresh romantic story. Many a times in the movie theaters movie goers felt that the story was unnecessary being stretched. The Manmadhudu 2 Telugu movie had only Akkineni Nagarjuna’s performance that could be talked about. He looked young and fresh, his acting was totally on mark.  Rahul Preet was looking stunning in the film. Costumes of Rakul Preet were great, many designers fell in love with outfits she adorned. The supporting characters did their part well especially Laxmi. Manmadhudu 2 Telugu movie music was not at all at mark. The background music did just play well but none of the songs created any stir in the minds of movie goers.

Manmadhudu 2 Telugu movie box office collections were expected to be huge. Many critics expects that it will a huge Telugu movie blockbuster just like its previous counterpart Manmadhudu. As per Telugu movie Trade analysists are to be believed Manmadhudu 2 is expected to have an opening on 2-4 crores. It’s now up to real time trade talks to see how much the movie fares in all its true color. Although there have been times when though not liked by critics does perform well in box office , so we have to wait to check the final revenue Manmadhudu 2 box office makes.