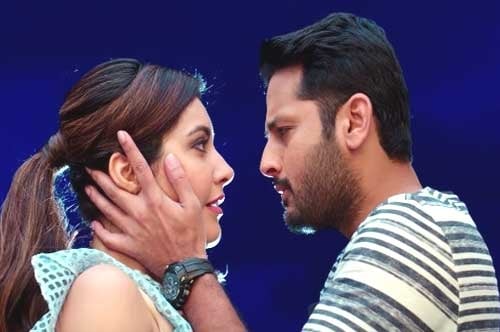 Srinivasa Kalyanam has already started making a lot of news among the masses. With new songs and clippings getting released, the excitement in the audience has reached its peak.

The video of Modalaudaam was released on the last Tuesday. This was a romantic video featuring lead actors, Nithiin and Raashi Khanna. The song is given voice by Sunitha and Anurag Kulkarni. The music composed by Mickey J Meyer is soothing. One can not ignore the experience given by Mickey in his songs which is evident from his last release Nag Ashwin’s Mahanti. Ramajoayya Sastry has penned down the lyrics for this song.

The video created a lot of buzz in the South Indian Film Industry. The song came up with a lot of specualations. It was seen by almost 9000 viewers on youtube in few hours of its release. The video has been shared by Rasshi Khanna on her facebook account as well. The song can prove to be hit in the coming weeks. Before release, this can set the correct mood for the movie among the audience.

The film stars Nithiin and Raashi Khanna. All the promotional materials for the movie, including the jukebox which includes seven songs have been released and received quite well by audience.