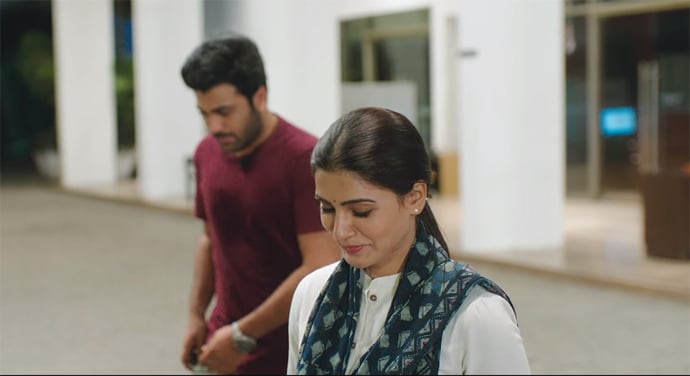 Jaanu Telugu movie is a remake of classic Tamil movie 96. The pre-release business and promotions were quiet high for the movie. People were eager to see Samantha on screen for a long time. Jaanu is a Telugu movie which stars Samantha and Sharwanand as lead pairs. The movie is directed by the original Director of 96, Prem Kumar. Jaanu Telugu movie producer Dil Raju expressed that he taste flak for bankrolling on this project. He further said that many came and advised him that this was a bad idea to invest on Jaanu.

Jaanu movie promotions were on a role. People have given huge support and appreciations to the movie. In a recent promotional even Jaanu Telugu movie Samantha expressed that Jaanu is a very different experience for her, as there were no typical masala elements no foreign locations. It is a film between two individuals so the concept is new and challenging and she hopes that her fans would love to see in this new dynamic.

In Jaanu Telugu cinema e will get to see the lead actor that is Sharwannad essaying a role of travel photographer. Who has achieved lot of success in his life but is unhappy even after all. The reason for being not happy is Samantha’s character, Janaki Devi. The plot unfolds when he meet each other after a decade or so through friends reunion.

Jaanu Telugu movie cast and crew is one to be appreciated. The movie is remake of a very classical movie in the Tamil industry, 96. Sharwanand, the lead actor has justified that character of K R Rama Chandana to his best of abilities. In the recent time s it has been seen that he is all up for taking challenging roles. He is seen as a versatile actor because of his choices of work, here too he was no different. From the very first Jaanu Telugu movie song it was clear of his subtle unhappy shade. Although he may not seem that innocent as the original 96, actor but apart from that he did good justice to the movie.

Jaanu movie expectations were quiet a huge one during its teaser release. So people were eagerly waiting for Jaanu Telugu movie release. Now, it’s up to public to watch the movie and give good Jaanu Telugu review. Jaanu Telugu movie box office is something to watch out for to see the craze for Samantha as she may be numbering her days as an actor after a few years now.