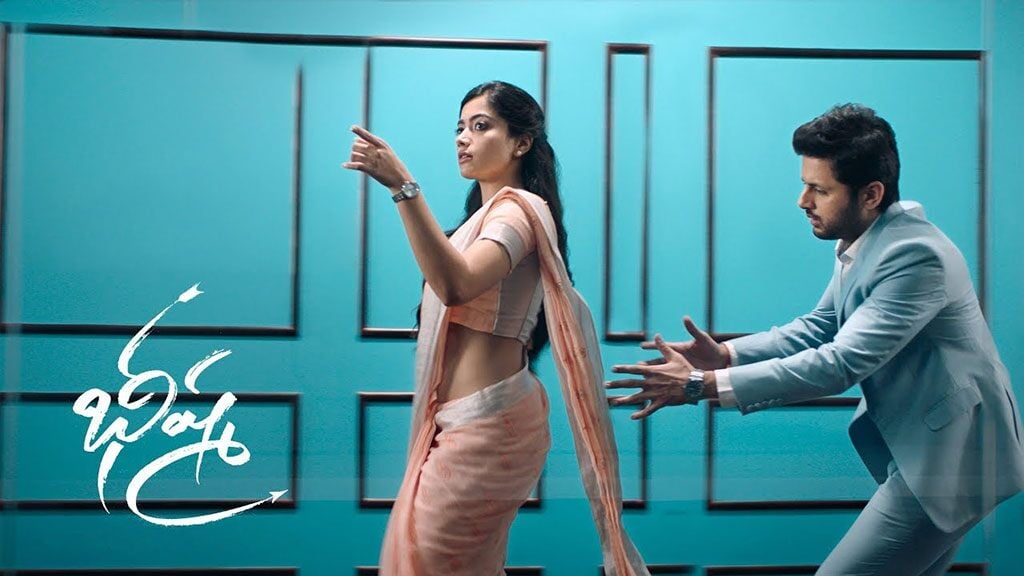 Bheesma by young Telugu actor Nithin is his first film after his 18 months gap. The Bheesma actor Nithin kept himself away from shooting movies after his three movies continuously flopped. Nithin’s major success in the hands of Thivikram through A aa. But after that he never saw success. Many were even of the view that his success and low were too fast. After a year of keeping himself away from movies, Bheesma is his comeback movie, and many cine critics are of the view that Bheesma Telugu movie box office predictions may be good.

The plot of the story unfolds with the male lead actor falls head over heels for the female lead at a job where they both are working. The Bheesma female lead Rashmika, is actually a senior in this job. The male lead falls in love at first sight. But, eventually we get to see that Nithin’s character becomes CEO of the same company. Now the complexity arises as to how the male protagonist becomes CEO of the firm and how or what way has female protagonist Rashmika helped him to achieve this position.