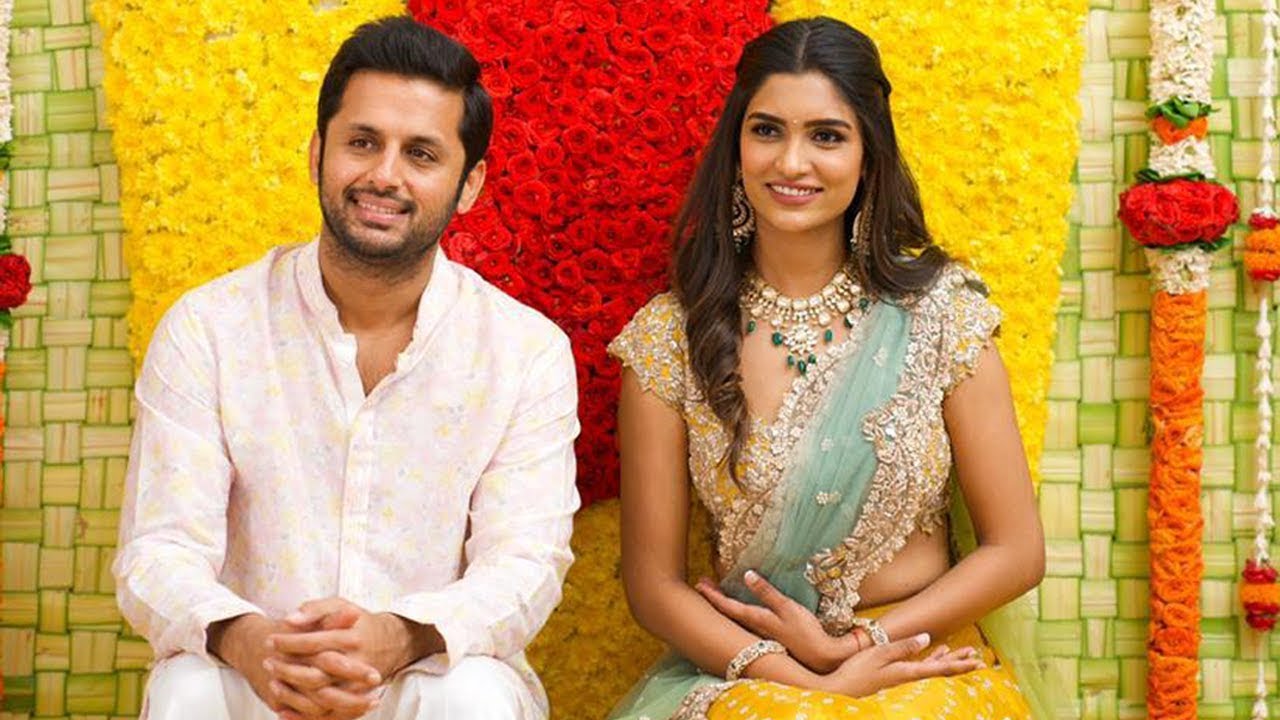 With reports of Telugu movie actor getting hitched going around, it was confirmed that on 22nd July, Nithin got engaged to his long time fiancé, Shalini in the city Charminar, Hyderabad. The Telugu actor, posted a photo of his pre rituals before the engagement ceremony to announce to his fans and cine movie lovers about his auspicious celebration in life. The ceremony took place in front of his dear and near ones. Nithin was seen wearing white kurta, while his lovely fiancé was seen donning beautiful red embroider saree for the special occasion. The engagement took place in Falaknama

As we all know with the pandemic rules still in place, and crowded gatherings are a strict no, so Nithin and Shalini’s marriage will also have a small knot gathering of close family and friends. From the Telugu movie industry, news are hot that Pwan Kalyan can be present at the wedding to shower his blessing to the newlywed couple. As we all know Nithin is avid admirer of him so it seems like a sure shot, along with him, Varun Tej and Trivikram Srivas will also be expected. Apart from them, it has been reported that the chief minister, K. Chnadrashekhar also got a wedding invite.

Before all the Covid 19 situation got out of handle, the family had planned to have a grand destination wedding in Dubai. But, with situations taking a turn, the family has decided to get married in Hyderabad under the blessings of a very few closed group of people as per the guidelines of the Center and state government. The pre-festivities have started from February.