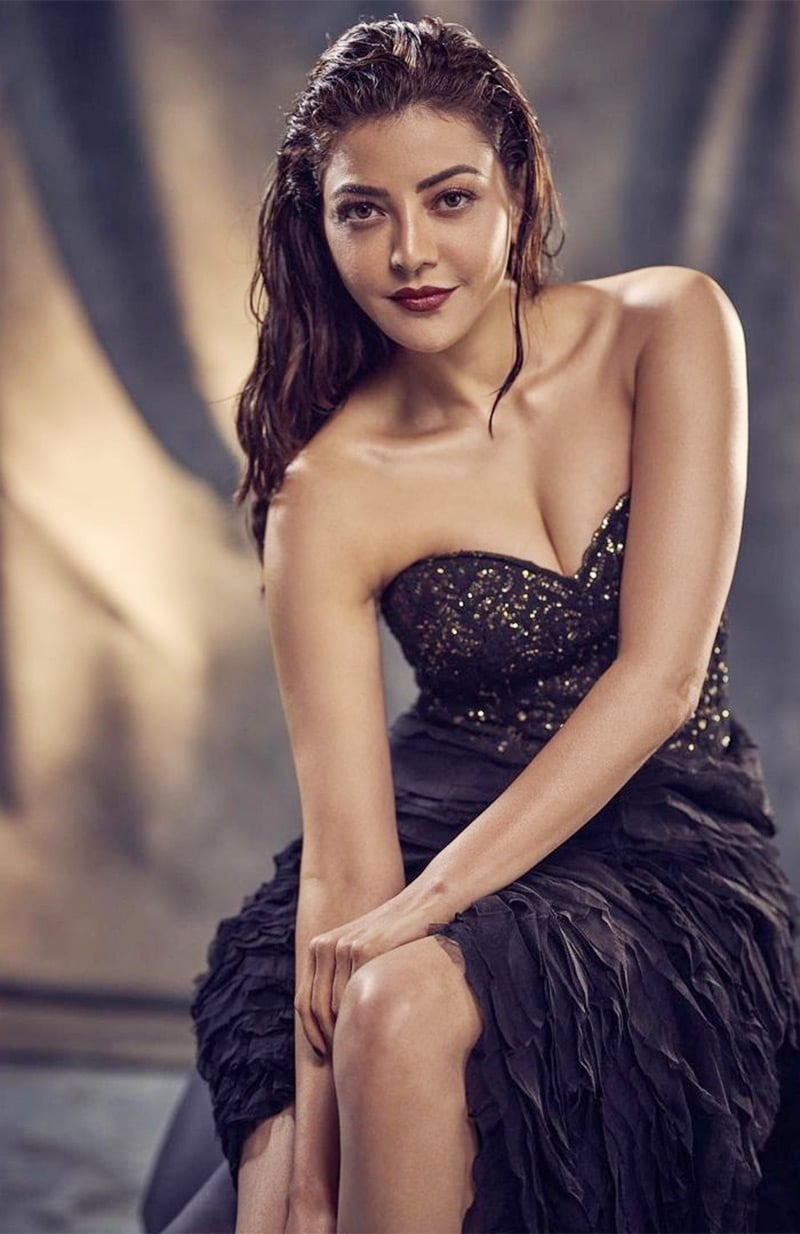 Kajal Aggarwal, the effervescent beauty has a huge fan base, whose hearts are enamoured with her scintillating enigma. To date, Kajal has been involved with a great number of commercially successful as well as critically acclaimed Telugu films. The way she has portrayed her characters in the films has received rave reviews from critics. Despite having a steady filmography, the career graph of the actress has been a little drab in the previous year. However, this year she gives all the impression of rising to fame and hectic shoots once again.

It is, without the least qualms, Acharya is her largest project in the Telugu film industry till date. The movie is a high-octane action thriller and it is supposed to have enough action sequences to oomph the regular audience of Telugu content. Chiru (Chiranjeevi) will don the avatar of the main lead in this film. According to the reports, the magnum opus action drama might also cast Ram Charan. The film is supposed to flaunt an ensemble cast and the man behind the show would be none other than Koratala Siva.

An untitled project with Nagarjuna is about to commence

If the industry buzz is to be taken into serious consideration, the actress with immense essence has bagged another important project with none other than Akkineni Nagarjuna. The name of the movie is yet to settle on. According to the report, the movie is also going to feature Praveen Sattaru as well.

A few more in the pipeline

Do you think that the pageant of upcoming Telugu film projects is over for this astounding beauty? Well, you need to think again. The buzzwords are that she is exchanging words with many other Telugu directors of repute. A few interesting projects could be in the pipeline for her. As she rolls up her sleeves, it turns out that she is ready to lend her persona to all sorts of acting genres. The upcoming movies will include horror fantasy, dark comedy, action drama and many more variations.

Some of the most notable projects, which she is pinning high hopes on, are as follows:

As the numbers show, Kajal Agarwal seems to be on cloud nine with the incredibly interesting projects she has bagged from the ever-growing Telugu film industry. Each and every project, which she has signed up for, would entail a different flavour. So, the collection of films definitely looks like a mixed bag and her fans would have something to savour according to their preferences. It looks like she is all set to dazzle the silver screen with her presence once again. We need to keep our fingers crossed until her films get released.