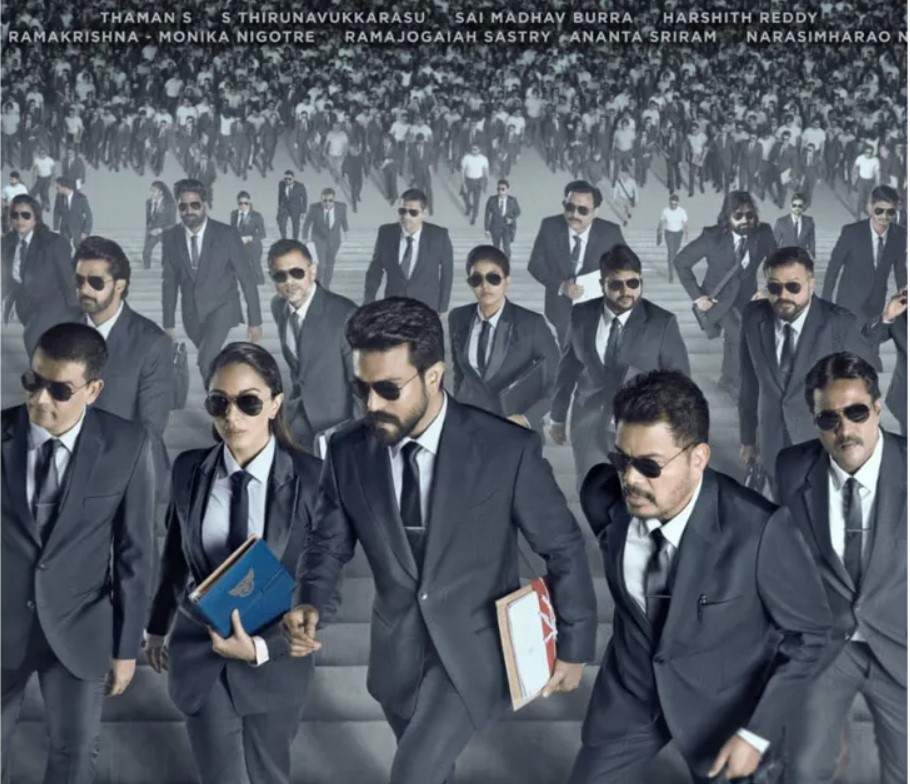 Chiranjeevi gave the first clap for the film at the beginning of the film. In the action entertainer, Ram Charan will play a police officer turned politician. It was revealed earlier the film’s cast and crew would feature on a poster displaying all their important roles. In addition to Ram Charan and Kiara Advani, Jayaram, Anjali, Dil Raju, Sunil, and Naveen Chandra also play significant roles in the film.

Sri Venkateswara Creations is the banner under which Dil Raju and Shirish are producing the film. It will mark Shankar’s first directorial effort of a Telugu hero. There are a bunch of dapper men in suits on the poster of RC15. Directors Shankar and Dil Raju are featured on the poster along with cinematographer S Thirunavukkarasu, music composer S Thaman, co-producer Sirish, production designer Ramakrishna and Monika, Jani Master, and lyricist Ananta Sriram. and choreographer

Ram Charan will begin filming in October since he is currently working on SS Rajamouli’s magnum-opus RRR. Sai Madhav Burra is a writer of dialogues, and Tirru is the cinematographer. As a pan-Indian project, RC15 will be available in Telugu, Hindi, Tamil, Malayalam, and Kannada. In RC15 Ram Charan, Shankar will collaborate for the first time. It’s Dil Raju’s 50th production with Sri Venkateswara Creations.

Kiara Advani will be the star of RC15, the makers announced on social media. Kiara and director Shankar appeared on a special poster celebrating her birthday. Her new photo shows her in a white formal dress with jeans.

Kirara Advani appeared in Vinaya Vidheya Rama (2019,) opposite Ram Charan and mesmerized audiences with her lady next door role in Bharath Ane Nenu (2018). Kiara is one of the most beloved actresses among Telugu filmgoers despite having done just two films. In RC15, Ram Charan will collaborate with Kiara Advani for the second time. Fans are eagerly awaiting to witness their magic on the big screen again because their relationship off-screen and chemistry on-screen is so great.

In addition to attending the launch, Ranveer Singh will be working on the Hindi remake of the Tamil blockbuster Anniyan that Shankar directed in 2005. Ranveer Singh and Ram Charan took part in the launch ceremony, and photos of them have gone viral on the internet. So, we are as excited as fans are. A stellar director, an ace performer, a victorious production house, and a mesmerizing leading lady. What is not there to get our excitement ramped up? We can’t wait for the shoot to begin.