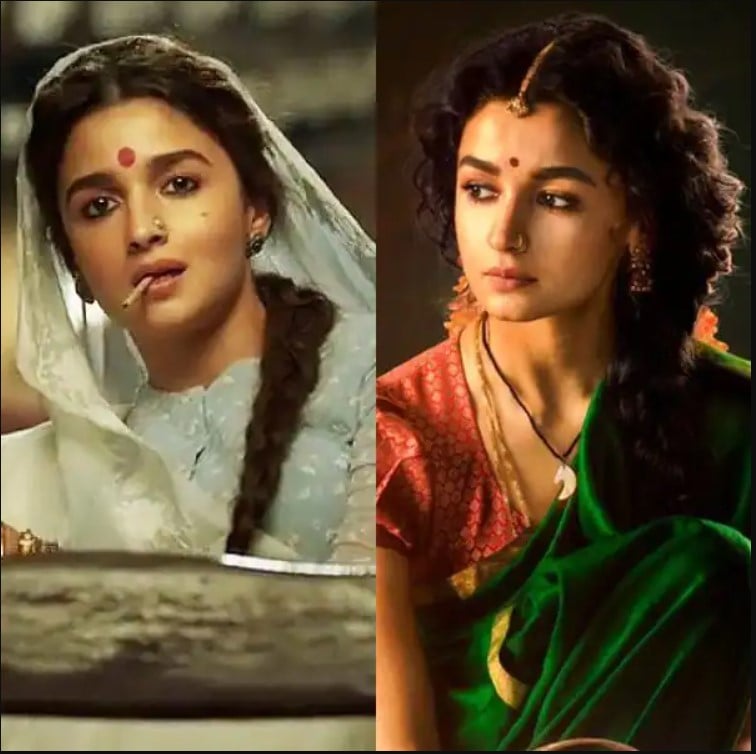 Since the pandemic shut down theatres one year ago, several big Bollywood movies are now available online. Digital streaming platforms were predicted to release Alia Bhatt’s ‘Gangubai Kathiawadi’, and South biggie ‘RRR soon. A similar decision was denied by the producer Pen Studios. Film producer Pen Studios, behind Gangubai Kathiawadi, and RRR, has announced the films’ release across the country and in theatres.

It was after rumors started spreading about the movies’ digital release that the makers issued a statement. In a statement, Jayantilal Gada, Pen Studio’s MD and Chairman, has clarified that Gangubai Kathiawadi and RRR will be shown in cinemas. Several rumors have circulated about the films releasing on OTT platforms, which isn’t true. This Magnum opus film will be released in theaters and was created for the big screen.

Sanjay Leela Bhansali directs Gangubai Kathiawadi, a biographical crime drama film in Hindi. Sanjay Leela Bhansali and Jayantilal Gada produced it. Ajay Devgn and Emraan Hashmi appeared in an extended cameo appearance, as did Vijay Raaz, Indira Tiwari, and Seema Pahwa. Ganga’s narrative takes us through the life of this young woman who, within no time, became Gangubai, a woman of business in Kamathipura’s red-light area. It will be dubbed into Telugu and released in Hindi.

A loose adaptation of the book Mafia Queens of Mumbai, written by S Hussain Zaidi, is the basis for the film. It depicts the journey of a young girl from Kathiawad who is forced to embrace the ways of fate and make things work for her. Alia Bhatt was announced as the main character in Gangubai Kathiawadi in September 2019 after Priyanka Chopra and Rani Mukerji declined the offer. The main photography began on December 27, 2019, in Mumbai.

Shantanu Maheshwari, who plays Ramnik Lal, makes his Bollywood debut with the film. When the film was 70% complete in March 2020, production was paused due to a lockdown ordered by the Indian government over the COVID-19 epidemic. Alia Bhatt resumed shooting on 6 October 2020, and Ajay Devgn joined the cast on 27 February 2021 to play a cameo. 26 June 2021 marked the end of the film.

RRR is an upcoming period action drama film being produced by DVV Entertainments and directed by SS Rajamouli. Casting in the main roles are Ram Charan, NT Rama Rao Jr, Alia Bhatt, Ajay Devgn, and Olivia Morris while Ray Stevenson, Samuthirakani, and Alison Doody play support roles. This is a true story about revolutionaries in India, Alluri Sitarama Raju (Charan) and Komaram Bheem (Rama Rao), both of whom fought the British Raj and the Nizam of Hyderabad, respectively.

The movie was scripted by Rajamouli from an original story penned by K. V. Vijayendra Prasad. Rama Raju and Bheem were almost the same people at the time, and Rajamouli connected their events through reading their tales. Rajamouli was inspired to make the film by the idea of how they might have been friends. Both revolutionaries choose oblivion before starting to fight for their countries at the beginning of the story, which takes place in 1920.

In addition to India, the film was shot in Ukraine and Bulgaria. The composer of the soundtrack and background score is M. M. Keeravani with cinematographer K. K. Senthil Kumar and editing handle by A. Sreekar Prasad. Sabu Cyril was in charge of the film’s production design, whilst V. Srinivas Mohan handled the visual effects.

So, finally, the rumors that spread saying the two movies set for an OTT release are false. It gives relief to the fans who wanted to celebrate these matchless performances on the big screen. And, the good news we hear is, in no time they are both set to hit the cinemas.