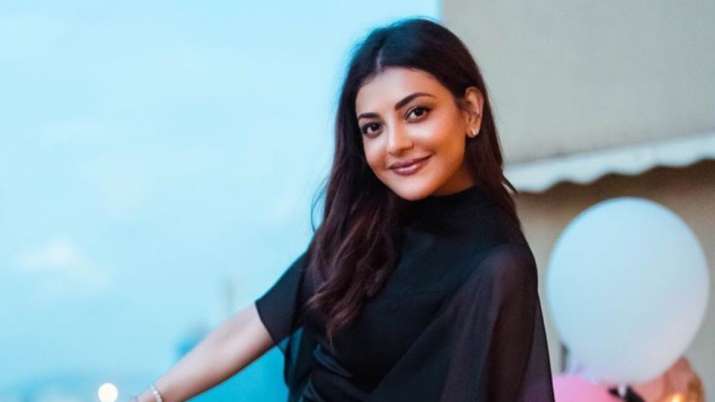 Kajal Aggarwal, the silver screen sensation and the ever-smiling diva from the South Indian film fraternities, has made it a point to share an enthralling teaser of The Ghost, her upcoming movie. Coincidentally, the teaser has come out on the 62nd birthday of Nagarjuna, who happens to be the fulcrum of mass inducement in the movie.

What you can see in the poster

There is no scope of refuting that the first poster has already triggered some oscillation among the staunch fan bases Nagarjuna and Kajal. The first poster of The Ghost will feature Nagarjuna holding a sword which has stains of blood on it. The dark setting of the poster is good enough to give you goosebumps.

The promise of an action-packed entertainer

It is interesting to note in this regard that the movie happens to be an ambitious project from Praveen Sattaru. It is obvious that the teaser is stimulating enough to trigger a great upheaval in the minds of the die-hard fans of Kajal Aggarwal. There is supposed to be enough action sequences in this movie and it is studded with sufficient ingredients which make it a perfect specimen of an entertaining potboiler.

The venue for the shoot of the movie is London. The shooting of the film happens to be going on at an outrageous acceleration. Kajal seems to tinker a high-octane drama in this movie as she will allegedly portray some negative shades in her character. According to sources, she might even sport some action sequences as well to add to the frenzy of her fans. You can compare her action sequences with that of Kristen Stewart ( Charlie’s Angels). So, the experience is indeed going to be intense for the unsuspecting fans.

Kajal seems to be relatively optimistic as she unlocks the wonder through her Twitter handle.  While releasing the title poster, she also wishes the veteran actor on his 62nd birthday. The first poster uncovers the veteran actor sporting a black hoodie with a sword in his hand.  A group of people is also featured in the poster, bowing in front of his upright stature.

The poster seems to strike a happy medium with the regular audiences of Nagarjuna movies. The netizens keep singing praises of the poster along with the protagonist, featured in the poster. Thus, it is not unjustified to comment that it has started hitting the high notes. Moreover, the rave comments on the poster are preparing the grounds for another blockbuster movie from Nagarjuna. Apart from Nagarjuna and Kajal, the movie will also feature powerhouse performers such as Anikha Surendran and Gul Panag.

There are reasons to believe that The Ghost will serve the purpose as an action-packed entertainer. Both Nagarjuna and Kajal Aggarwal fans seem to pin high hopes on this upcoming film. Along with The Ghost, Kajal has an interesting streak of films to her credit. Uma, the impending Hindi venture and Acharya (alongside Chiranjeevi) happen to be some of the most notables.  The fans are waiting and keeping their fingers crossed to envision Kajal unleash her lavish beauty and enigma alongside Nagarjuna in this forthcoming film.