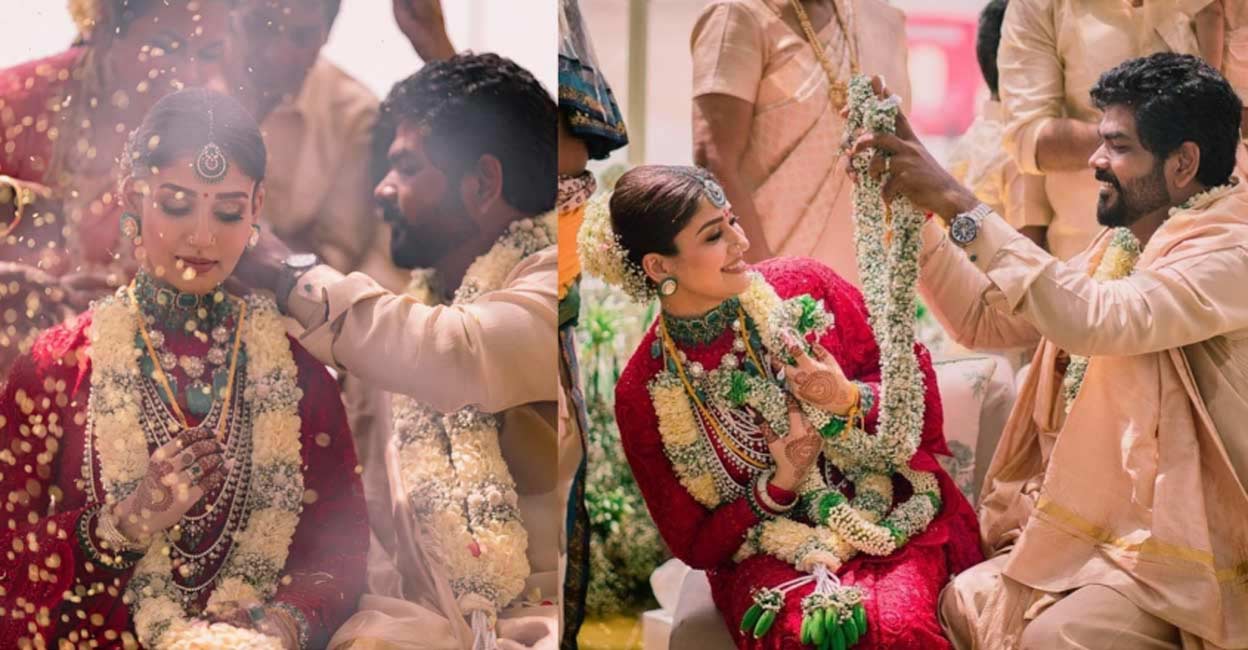 The star couple initially wanted to get married at Tirupati, but due to logistics, the event was relocated, and the event turned out to be a very private and intimate event at a usury hotel in Mahabalipuram consisting only of family members and close friends.

Filmmaker Vignesh Shivan and Actor Nayanthara met in 2015 on the sets of the movie Naanum Rowdy Dhaan and fell in love. The film, which also starred Vijay Sethupathi in the lead role along with Nayanthara, proved lucky for Vignesh as the film was both a critical and commercial success. Ever since then, there has been no looking back for Vignesh Sivan as a commercial filmmaker.

Vignesh and Nayanthara attended the SIIMA awards together, and that was when the media and people, in general, started to detect if something was happening between them. The couple sat together and enjoyed the awards event. The duo also won awards at the event.

In an old video, Nayanthara is seen requesting the guests on the Dias if she could invite Vignesh onto the stage since she wanted to take the award for their movie Naanum Rowdy Than from him. In the speech that followed she went on to thank him for believing in her. Vignesh, in return, said that Nayanthara is the best person he has met in life and is thankful for that.

The filmmaker-actor couple have always been open about their private life and have continuously shared glimpses with their fans. Be it occasions like birthdays, festival celebrations, temple visits, parties or their pictures from holidays, Vignesh keeps sharing images on social media of himself and Nayanthara quite regularly.

Vignesh shared an image on social media in which Nayanthara was flaunting a ring in 2021. The post led to a lot of speculation in the media, suggesting they were engaged with each other. Though there wasn’t much information on the post, Nayanthara cleared the air about that during the promotions of the movie Netrikann, starring herself in the lead role.

Through a press conference on June 7, Vignesh Sivan informed the media that they were getting married to each other. Vignesh and Nayanthara on June 9th. He also said that they were supposed to tie the knot at Tirupati Temple, but due to logistical reasons, they will be getting married among close family members and friends in Mahabalipuram.

He continued on to say that they would share images of the wedding post the event. He also added that Nayanthara and himself would attend a press conference together on June 11th, 2022, for any further questions.