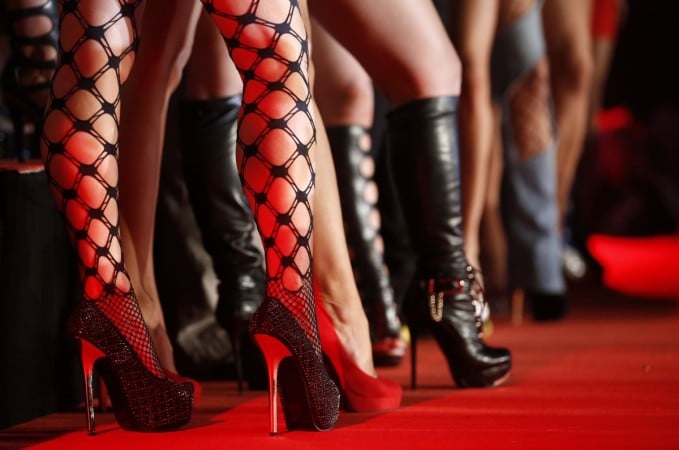 Flesh trade has been one of the major problem faced by the 21st century generations. The situation worsens when celebrities are found involved in such activities. It shows the dark truth of today’s world. The need to earn more and through easy modes has given rise to such rackets. Recently, an affidavit has been filed in US court which shows involvement of at least 5 Tollywood actors in one such prostitution racket. The affidavit shows direct and indirect involvement of these actors. If proven guilty, the charges can lead to uncertain conditions for the entire Tollywood industry. The big blow came a few days back when rumors came about involvement of Indian origin people. Sooner, rumors got confirmed when an affidavit was filed for the same. A lot of actors involved are not named directly but since the news has broken up, a lot of Telugu stars have come into scanner.

The situation unfolded in following sequence. First of all, an Indian origin couple got arrested by police in United States of America. The same couple had been arrested earlier for staying for prolonged period after expiration of Visa. Name of a famous businessman who rose to prosperity in Telugu industry came into picture. This was the first link for connection with Telugu film industry. 5 actresses have been accompanied by this businessman who were forced to stay in suspicious apartments. Also, they were made part of a lot of client conferences. From airline tickets to hotel bookings, everything was paid off by the businessman for these 5 actors. A lot of notes have also been recovered from hotels which raised questions. Tens of condoms, backpacks, documents, social security cards and forged letters were recovered from the raided home.

All of these incidents made Chicago police and Homeland Security department to confirm their charges on the mentioned people. This led to filing of a 42-page charge sheet on the couple and related people. It was filed in US District court in Chicago. This whole crackdown can be attributed to the arrival of a woman on Chicago International Airport from New Delhi who claimed to be an actor. The story unfolded when such short-term visas were getting used frequently and used even after expiration.

This has uncovered the harsh reality of film industry which fails to provide employment and equal opportunities to actress. Due to lack of work, these actresses tend to find more options to earn money and maintain status in the society. The prostitution racket has been active for several months and a lot of new names may be released in later investigation which can directly or indirectly many more names from Telugu film industry.

Let’s see how the top guns in Telugu film industry are going to react and take actions to prevent such incidents in future. This will impact the course of Tollywood in the coming future. The interests of people need to be saved and preventive measures must come into effect by any of the actors or directors or producers. Only this will restore faith of people in the industry again. Sadly, such prostitution rackets are very common in film industry but it has earned a very bad name for Telugu film industry in recent times.