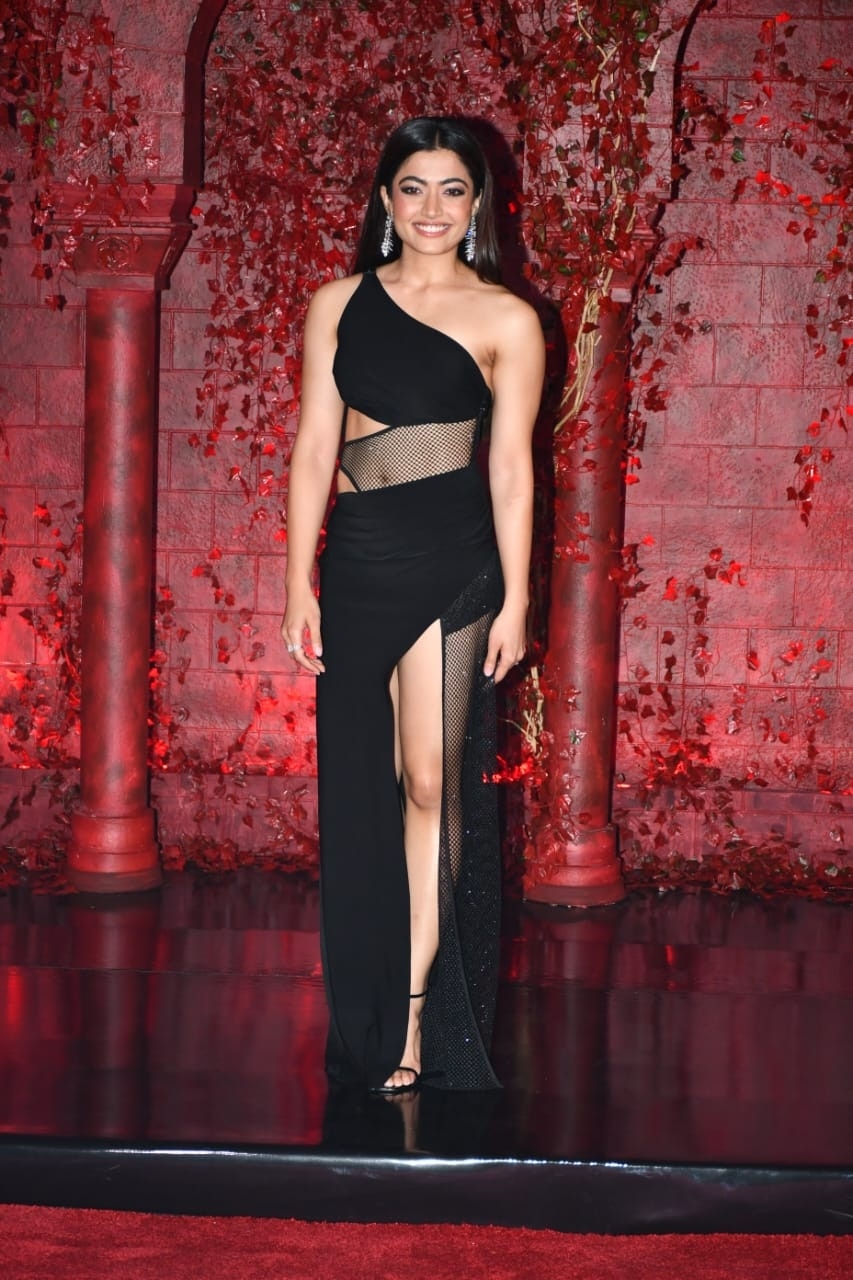 Does the headline get you intrigued? The name and the very essence of Rashmika Mandanna seems to be linked with the oscillations happening in the world of celluloid. However, right now some intriguing occurrences are taking place around the Puspa fame actress. Let us know what had actually happened in this scenario. Here is an eye opener on one of the recent events in the world of entertainment.

Rashmika Mandanna has recently been trolled for Yash remarks and kjo’s party dress. This is the trending vibe in the present scenario. Few days back she was spotted attending KJO’s birthday dash. Rashmika was attired in all black on that occasion. It seems that her apparel got the attention of the citizens while she was trying to pose for the shutterbugs.

This time she had to be subjected to brutal tools though, while attempting to flaunt her feminine panache in a slit not apparel of style and glam quotient. The dress material was gorgeous and hot. There was no second thought about it. However, trouble brewed over the fact that the actress was seemingly uncomfortable while wearing the dress and making a walk at the entrance of the ceremony.

It is the camera of viral Bhayani, a celebrated and gifted photographer, that took the snaps of Rashmika in an utterly hot black dress. Bhayani has uploaded some snaps as well as videos featuring the national crush of this country. However, netizens were not perhaps ready for what these snaps as well as videos churned out. It is the utter discomfort which the actress went through, had propagated people to carry on with the trolling of the Puspa fame actress.

The visuals caught in the world of web would apparently present that the lady is trying hard to cover up her discomfiture. According to many netizens, the actress was perhaps trying to get on with a torture act on herself when she decided to drape herself with an apparel of this sort. People who watched the videos that have been uploaded, felt strongly that she should never have worn an apparel that would get her on the wrong side of her charisma.

You must subsist in a world which is too meticulous about small details that relate to the lives and activities of the celebs. The bigger a celebrity that someone gets, the tougher it is to hide the faults, drawbacks and errors from the world. In the world of internet and digital observation, the task is getting even tougher. Rashmika is perhaps facing the bitterness of her business.

Right now, a great deal of oscillation is there around this issue. This should not have been a desired consequence for Rashmika Mandana. So, what would be your thoughts on this? You can feel free to let us know what is going on in the inner sanctums of your mind regarding the recent trends and fads revolving around the life and activities of Rashmika Mandanna.