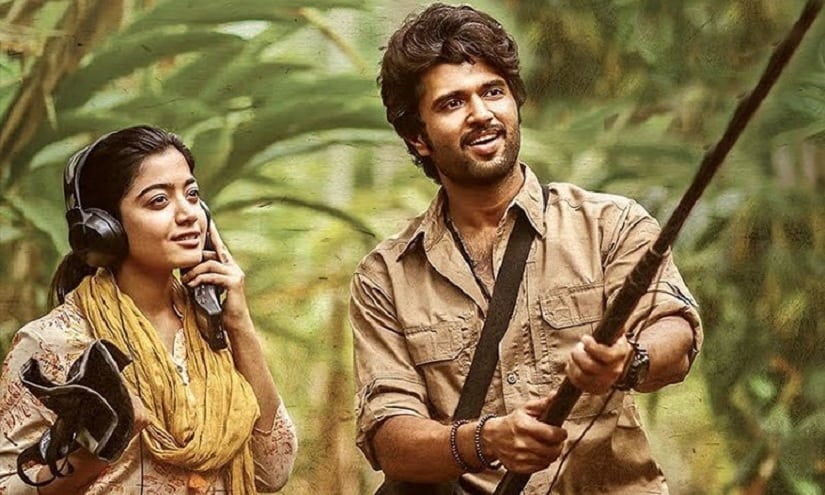 The Telugu movie was previously scheduled to release in the month of June but to avoid clashes with NGK it releases at this time. Dear comrade will see its theater release in both Tamil and Telugu language. As per the sources the movie will make its mark in Kannada and Malayalam language also on the same day.

Vijay Deverakonda has now become a household name in every houses of the south movie lovers. The actor with just a handful of movies have made strong presence not only in the state of Andhra and Telangana but also for the whole south movie lover’s fraternity. The craze around Vijay Deverakonda has increased to the next level after the release of the Hindi movie ‘kabir singh’ which was a remake of Arjun Reddy.

Although Vijay Deverakonda’s Pelli Choopulu did get critically accepted by the Telugu movie fans but it is his film Arjun Reddy that made him a household name. From the 80’s the angry young man image in movies have always had special attraction for movie lovers. In Arjun Reddy, Vijay Deverakonda was a total angry young man, here in Dear comrade he is showing slightly subtle nature than Arjun Reddy’s character.  The movie is set against the backdrop of student politics. If the director has done good justice with script and screenplay then Drama comrade will continue to be in vogue among movie lovers.

When the teaser of Dear comrade released across all platforms the music caught the attention. The Tamil version of the movie had one song trending till now in top of the charts. Justin Prabhakaran, the musical maestro of Tamil movie industry is the man behind the music of Dear Comrade who have already gave special fireworks for the film.

Dear comrade’s theme is fighting for love. The movie basically will show lead actor Vijay Deverakonda’s life through many stages be it from politics to love. The movie having simple masala screenplay is of the most plus points. These types of simple storylines are raging in vogue these days. If Bharat Kamma dose good justice in directing Bobby’s character in different shades then it will be another success for Vijay Deverakonda.

The movie is expected to release in four languages. Not all movie does have the hype to go about releasing in various languages. People have often not appreciated the concept. This is a big challenge for Dear comrade to make it marks felt in all languages. The movie is set against backdrop of romance more and slightly on student’s politics. One of the very recent developments about Dear comrade is that the movie will be remade in Bollywood, filmmaker Karan Johar has bought the rights Dear Comrade movie.  Let us hope the Telugu movie Dear Comrade Vijay Deverakonda performances stands tall in theatres.