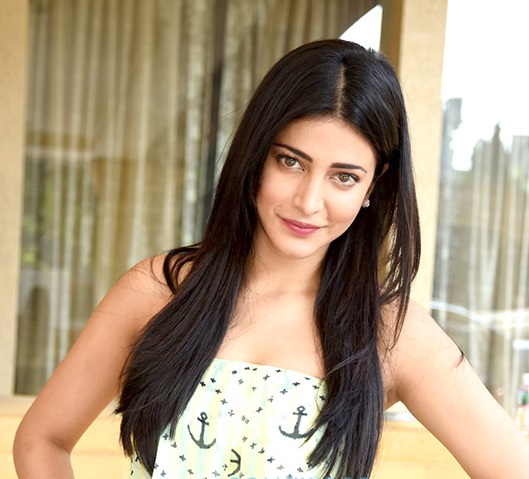 Comeback to movies for Shruti Hassan

It was a long wait for the fans for Shruti Hassan to see their favorite actress again on big screen. But the wait is over now. Shruti Hassan is going to her next film opposite the masala actor Ravi Teja. The Telugu upcoming Krack is the movie that Shruti Hassan and Ravi Teja have signed up. Previously the lead pair were seen in Balapu. When asked Shruti Hassan about her expectations, she was exclaimed in happiness, she was quick to respond that she is elated with happiness to again comeback in movies. Shruti also fells there will be high level of fun with Ravi Teja.

Shruti Hassan was last seen in Telugu movies opposite Pawan Kalyan in Katamarayudu. She expressed that although she is Tamilian, but she likes doing Telugu movies. Telugu actress Shruti Hassan enjoys a huge fan base in Telugu audience. The multi-talented actress also got her initial success and fame from Telugu movies. It can be rightly said that the Telugu cinema is like a second abode of the actress.

On the work front Shruti Hassan is associated with Frozen 2. She will be heard lending her voice in Frozen 2 Tamil version.