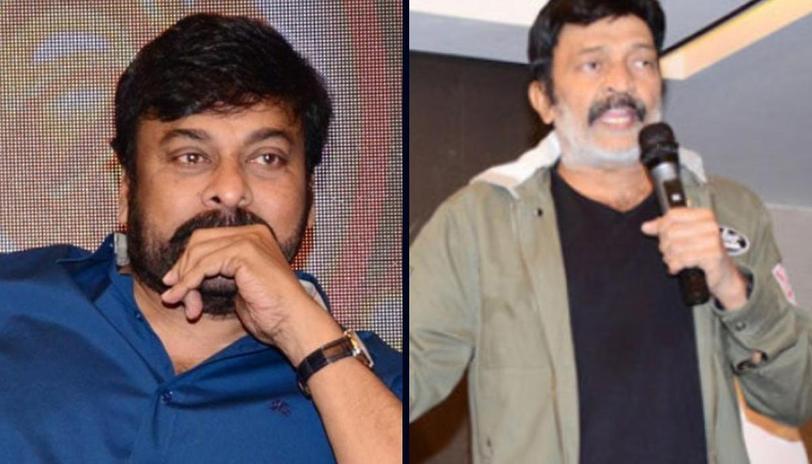 Rajshekhar and Chiranjeevi had a verbal conflict due to which Rajshekhar is thought to have resigned from MAA. Although when asked about the reason of resigning from MAA Rajshekhar denied that there were any sort of conflicts between the two that resulted him in taking this decision.

Controversy is one of the daily dose of entertainment and when there is smoke there fire there seems to be more happening. With Rajshekhar’s resignation coming right at the time when the rumors of rift between Chiranjeevi and Rajshekhar is going around, it seems by many that may be the reason to turn down the position from MAA.

The incident which led to this was the launch of 2020 Movie artist associations calendar. Where Rajshekhar in his care free manner went on to express his resentment about the president of MAA, Naresh. Rajshekhar took the centre stage in lamenting that where his thoughts were not given importance and the movies were not given to him as per his choices. This did not go well by Chiranjeevi.

Chiranjeevi’s reason for being upset was purely because he stated that it was clearly notified all the conflicts big or small within the members of MAA should be solved behind the closed doors. Chiranjeevi felt that bringing committee issues to media platforms and press talks is not a good thing to showcase. The event was big platform and it was attended by many notable celebrities like Krishan Raju and Mohan Babu to speak a few.

When Rajshekhar was discussing the whole issue with media, Chiranjeevi and other senior members of the movie artists association tried to stop him, but it was in all vain. After a while it was seen that Rajshekhar left the podium with a tensed face, and Chiranjeevi immediately came to media and discussed his unhappiness about the issue. He further said it was right action portrayed by Rajshekhar as he had broken the rules, so there may serious repercussion for this act. It was also highlighted that a disciplinary board will intervene into the matter to clear the air.