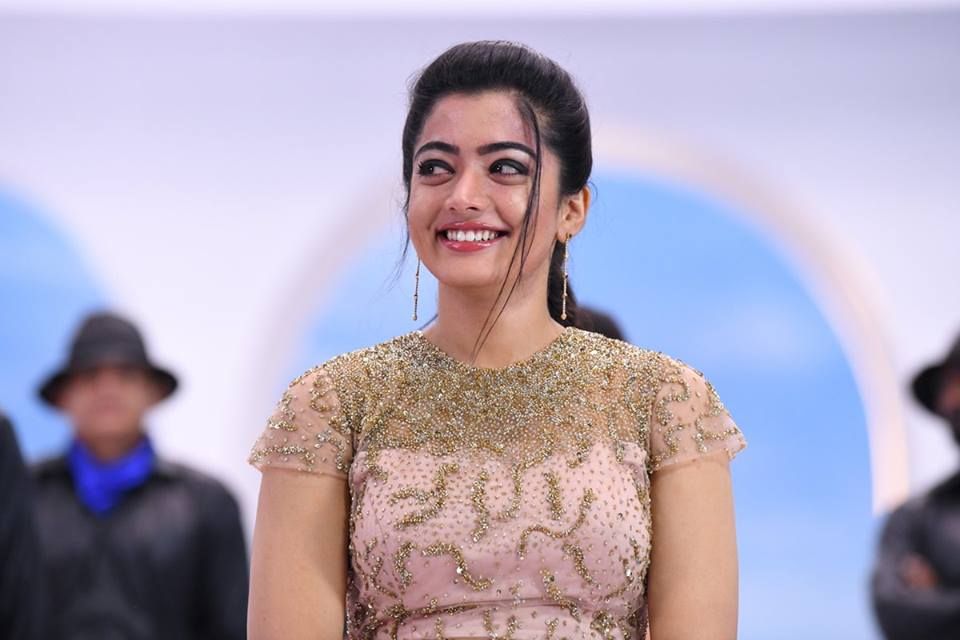 The Kannada actress who ventured into Telugu movies, Rashmika completes three glorious years in the Tollywood. Within three of her career Rashmika has garnered a great reputation for herself. In three years Rahmika have done eight movies. Her acting skills are very well appreciated by the public. Rashmika Mandanna is originally a Kannada actress who have made presence in Tollywood recently. But, with her very first movie the actress have made head turns, and have gained quite a good fan following for her.

Rashmika Mandanna first started with Kannada film Kirik Party. On completing 3 glorious and remarkable years in Telugu industry the actress was trending in social media. There were numerous tweets showcasing the various stills from her acting career in this short span. She has been enjoying a good fan base around the south movie Industry for quite a long time. Rashmika because of her beauty and acting caliber has often been in news about her upcoming projects.

In a recent even Rashmika Mandanna was seen appreciating the love and warmth that she has received in the Telugu movie industry. She went on further to express that was lucky to get so much of adoration in short span of time. On the huge trending that Rashmika got on the completion of three years in Tollywood, she thanked everyone in her social media handle.

Rashmika who will be next seen opposite Mahesh Babu will be celebrating her new years in Rome. On the work front, she has finished dubbing her role in Telugu. The actress has been working nonstop round the clock for upcoming Telugu movie Sarileru Neekevvaru. Rashmika and Mahesh Babu Starrer Sarileru Neekevvaru will hit the movie theaters on Sankriti. The promotional activities for Sarileru Neekevvaru directed by Anil Ravipudi will be masala entertainer movie that will also have Praksh Raj in one of the prominent roles.