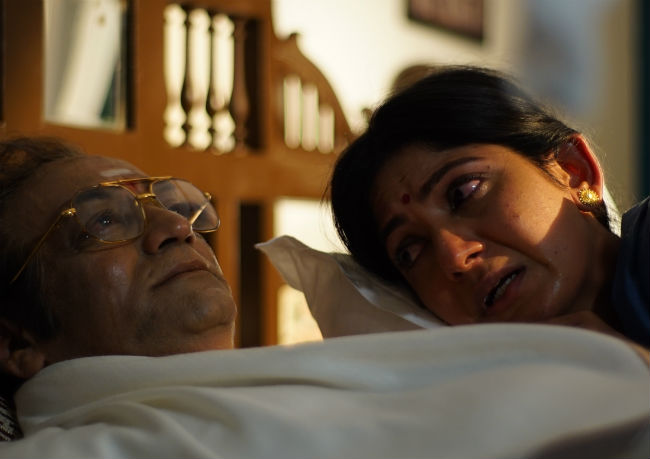 The release date of Ram Gopal Verma’s NTR has been announced officially by Ram Gopal Verma himself on twitter. The movie will be released on 29 march in theatres.

The first two parts of the biopic of NTR which were Kathanayukudu and Mahanayakudu received not so good response from the public. This makes it much more crucial for this movie to have a good run. There are huge expectations from the audience riding on this movie.

The theatrical trailer of the movie has already created a storm on the internet. The teaser and posters have been caught up in controversies in the Telugu states. Ram Gopal Verma has been unperturbed by the response that he has been receiving about the movie.

After the announcement of the release date, there have been several speculations as the movie dates clash with the release dates of the ABCD by Allu Sirish, Prema Katha Chithram 2 by Sumath Ashwin and Jaya Prada’s Suvarna sundari. All of these movies are to be released on 21 march, a day before the release of Lakshmi’s NTR.

Ram gopal verma has also had a not so good time with his previous movie and this movie comes at a time when people thought that his career has come to an end. With several expectations riding on this movie, it is to be seen how it will fare in the box office.

Which one of these upcoming movies are you looking forward to?