Jacqueline Fernandez to shake a leg with Prabhas in Saaho 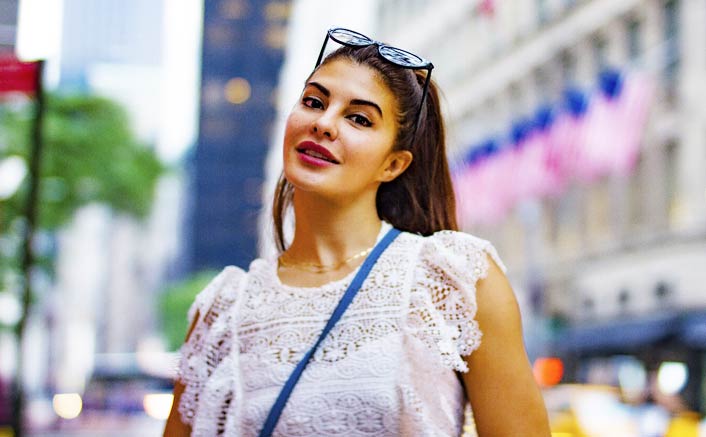 Jacqueline Fernandez who was last seen on the silver screen alongside Salman khan in the movie Race 3 is all set to come back in the near future alongside Prabhas for the movie Saaho.

The Baahubali Superstar Prabhas who has been working on the upcoming thriller Saaho will be seen shaking a leg along with Jacqueline in the movie.

About the movie – Saaho

The movie Saaho which has been gaining widespread popularity since its announcement will be released on the 15th of august this year. The movie has been directed by Sujeeth. It is a spy thriller flick with Prabhas in the lead role. The female lead in the movie has been played by Shraddha Kapoor. Other prominent actors who are also a part of the movie include Neil nitin Mukesh, Arun Vijay, the dada from Bollywood – Jackie Shroff, Chunky Pandey and Lal.

According to sources the film contains a special dance number. The choice of actresses to play in the song were rumored to be Kajal Aggarwal, Katrina Kaif amongst others. It has been reported that Jacqueline Fernandez will be seen in the song alongside Prabhas.

According to a source, the shooting of the song has taken place in Austria over three days where Jacqueline and Prabhas where present. The song has been sung by Badshah. The official confirmation about the inclusion of Jacqueline has not been done by the team of the movie yet.

A romantic track with Prabhas and Shraddha has been shot at Innsbruck and Tirol. The choreography has been done by Vaibhavi Merchant.

The song of the movie Psycho Saiyaan which has been released is already doing great among the audience.

The movie Saaho is one of the most awaited movies of the Year. It is the first movie of Prabhas after the Baahubali series and thus the movie has a lot of hopes from the fans riding on it. The teaser of the movie does a great job in showing how the movie will be a thriller. The teaser showed the Female lead Shraddha in the opening scene of the teaser. The director said that it was a deliberate attempt because it is the female lead that drives the film to the end.

The movie which will be released on the 15th of august will be competing with the movie Miossion Mangal which stars AKshay Kumar, Vidya Balan, Tapsee Pannu, Sonakshi Sinha and Sharman Joshi.